The chip sector has been one of the top performing industries since the Christmas low, but it suffered a setback last week when Intel reported earnings. The company beat its EPS and revenue estimates, but it dialed back its guidance for 2019 as a whole. The guidance, if it is accurate, would mean a year over year revenue decline for the first time since 2015.

Intel dropped 8.99% on April 26 and the VanEck Vectors Semiconductor ETF (NYSE: SMH) fell 1.22% on the same day. Looking at the daily chart for the SMH, it has seen a trend channel form over the last few months and the price is still in the channel after dropping the last few sessions.

The upper rail is formed by the highs from late February and April 24. The lower rail connects the lows from early and late March. The lower rail is currently sitting just under $112.50 and rising. The 50-day moving average is just below the lower rail.

We see that the SMH was overbought up until the last few days and the two days of selling pressure moved the indicators below the threshold.

If you think the SMH is going to drop a lot more, you might want to reconsider. The Tickeron AI Trend Prediction tool generated a bullish signal for the SMH on April 26 and it calls for a rally of at least 4% over the next month. What was especially impressive was the signal showed a confidence level of 90%. Just as impressive is the fact that 94% of previous predictions on the SMH have been successful. 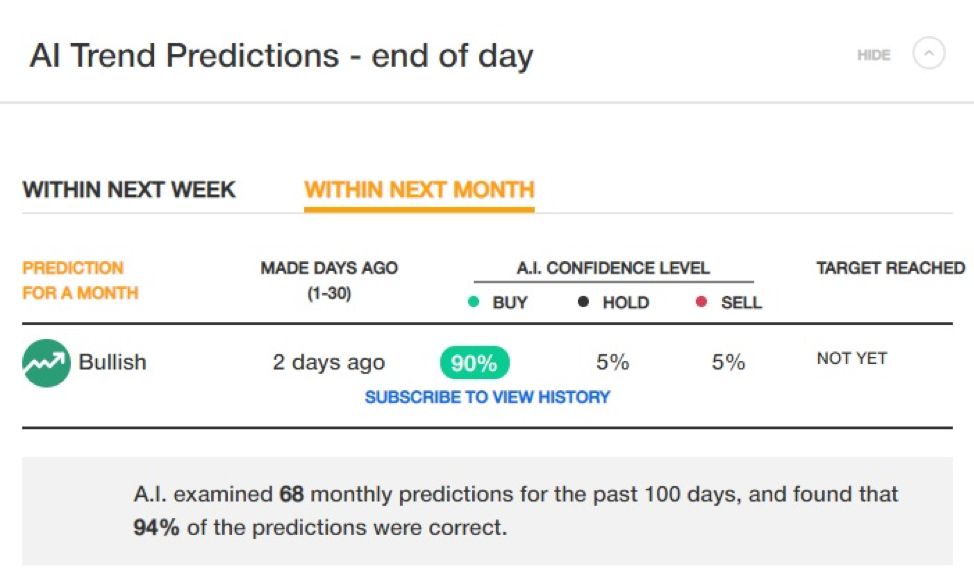