Regression Channel on the S&P 500 Just Got Interesting

The relentless selling pressure on stocks over the last few months has presented an interesting situation on the S&P 500. If we look at a Raff Regression channel, the index has just ventured further away from the regression line than at any point since the low in 2009.

In the current case for the S&P the furthest point from the regression line occurred in early 2016, but the huge drop in the last few weeks has the index sitting right on that lower rail. 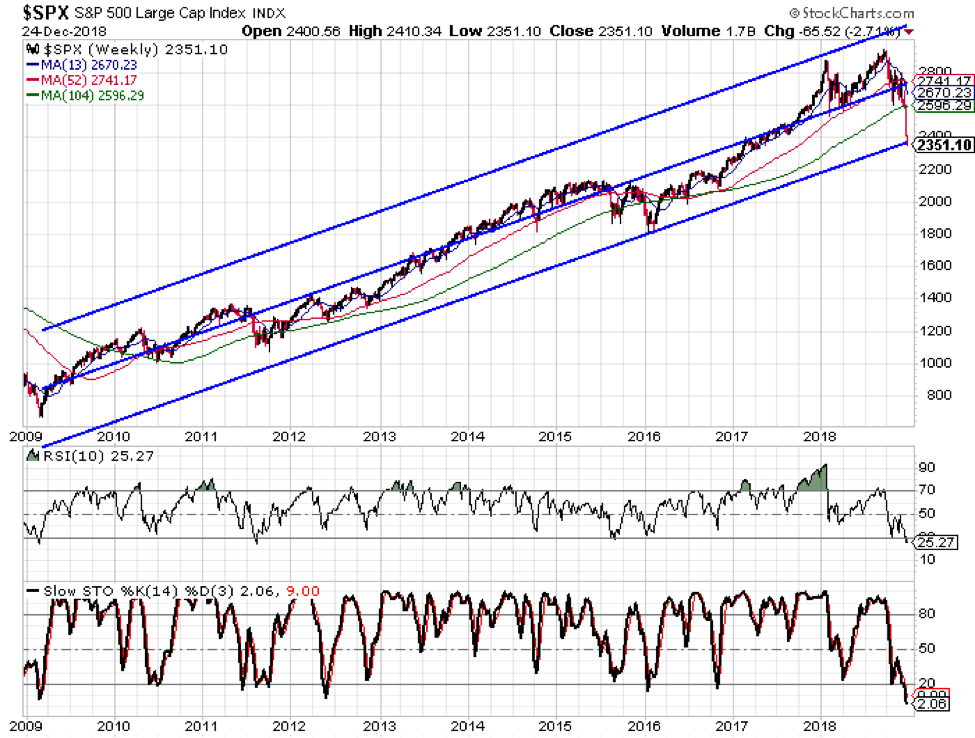 We also see that the weekly stochastic readings are the lowest they have been in the last 10 years and the 10-week RSI is oversold territory for the first time since August ’11.

To give you an idea of how harsh the selling has been in the last few weeks, I ran a scan of the S&P 500 members to see how many were in oversold territory. Based on a daily stochastic reading below 20, there are 479 members of the S&P that are oversold. If we look at a 10-day RSI reading below 30, there are 444 members that are oversold at this time.

I don’t recall ever seeing numbers that high in my 20 years of writing about the market.