Many investors probably think the month of October is the worst month for stocks due to the crashes in 1929 and 1987. In fact the month of September has historically been the worst month for equities and this year was no exception. The S&P 500 lost ground during the month and that snapped a five-month winning streak. Looking at the 11 main sectors and the SPDR ETFs that represent them, only the utilities sector moved higher in September. 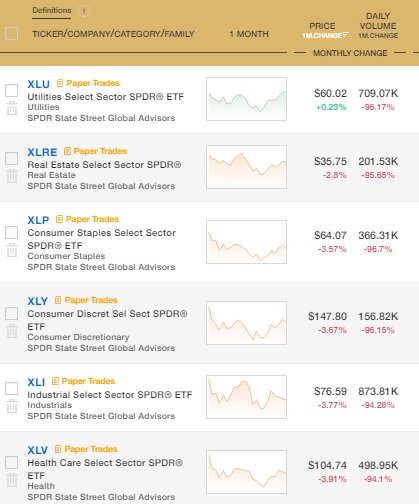 Looking at the monthly charts for the 11 ETFs, and specifically the monthly stochastic readings, we see that six are in overbought territory and one is near overbought territory. Three sectors have readings in the middle range and one, energy, is closer to oversold territory. The selling in February and March caused most of the indicators to drop, but because it was a short-lived selloff, most of the indicators never even dropped below the 50 level. 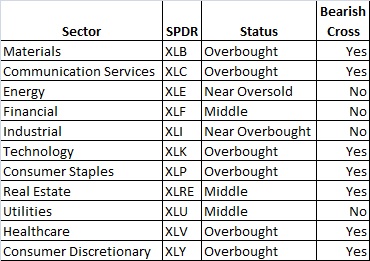 The sharp rallies back from the March lows caused many of the indicators to jump back up to overbought territory. Now the September losses have caused seven of the sector SPDRs to generate bearish crossovers in the monthly stochastic indicators. These bearish crossovers haven’t been the most reliable signals over the years, but it is certainly something investors should keep an eye on with so many crossovers taking place at the same time.

Something else investors need to keep in mind is that earnings season is right around the corner. Big banks will get things started on October 13. The outlook for third quarter results is pretty bad. For S&P 500 members, earnings are expected to decline by 21.7% overall. This is compared to Q3 2019.

The energy sector does weigh things down a little and if companies from the sector are removed from the outlook, it improves to -18.1%. The tech sector has the best outlook for earnings results, but that is still a decline of 1.0% on the quarter. The healthcare sector is expected to see earnings decline by 2.2% and that is the second best outlook.

If the low expectations are priced in accordingly, it could actually help stocks once the results are released. When investor expectations are so low, it becomes easier for companies to exceed expectations. Of course a great deal of the drop in earnings is attributed to the COVID-19 pandemic and that impact is expected to diminish in the next few quarters. This means the outlooks companies provide for Q4 and Q1 2021 will be closely watched. The outlooks could be even more important than the results for Q3 in terms of how investors react.

Personally I think investors need to be cautious right now. The rally off the March lows has been rapid and it has occurred on the presumption that the effects of the pandemic will be short lived. If the outlooks point to anything different, we could see declines that erase a great deal of the gains from the last six months.