Rick Pendergraft
published in Blogs
After a Week of Selling, Winning and Losing Industries Emerge

After a Week of Selling, Winning and Losing Industries Emerge

Since the low in March, the overall market has gone through two pretty distinct rallies with brief interruptions in June and now again at the beginning of September. Using the S&P 500 as a barometer for the overall market, we see that the index was up 44.5% from March 23 through June 8. From June 8 through June 26, the index fell 7%. It’s hard to call a 7% decline a pullback, but the period on the chart looks more like a short-term disruption. 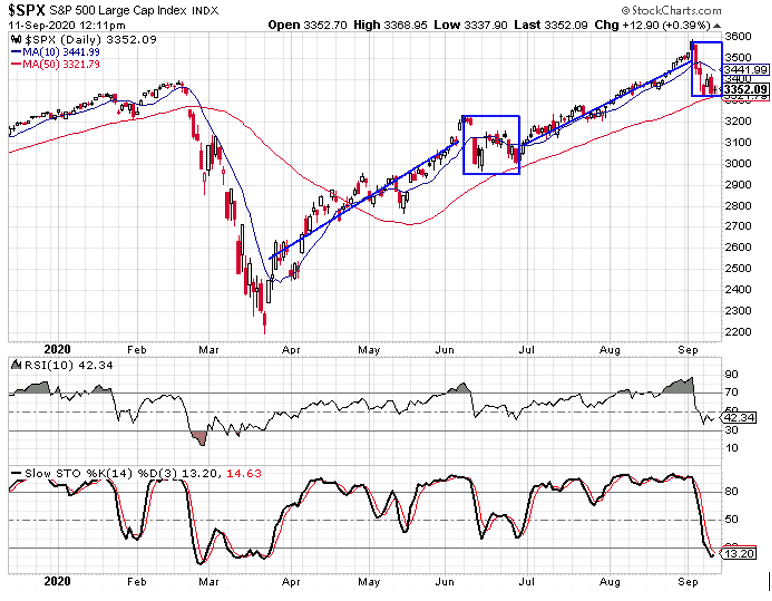 It’s unclear whether the current disruption will last longer or become something more. But I wanted to find out which sectors and industries have performed the best during the rallies and during the disruptions.

I started with the current disruption and went to Tickeron’s Group Trends Screener to find out which groups have been performing the best and the worst over the last week. On the positive side, four of the top five groups are in the healthcare sector. The Orphan group was the top performer and it refers to rare diseases, and companies in this category are biotech entities developing treatments for those diseases. The other healthcare oriented groups are Central Nervous System, Immunotherapy, and Novel Medical. All of the groups gained 4% or more as the overall market fell.

As for the downside, all 10 of the worst performing groups were associated with the oil and gas industries—the energy sector. Everything from shale, offshore drilling, oil field services were on the list of worst performers. The losses ranged from 8.36% to 11.75%. 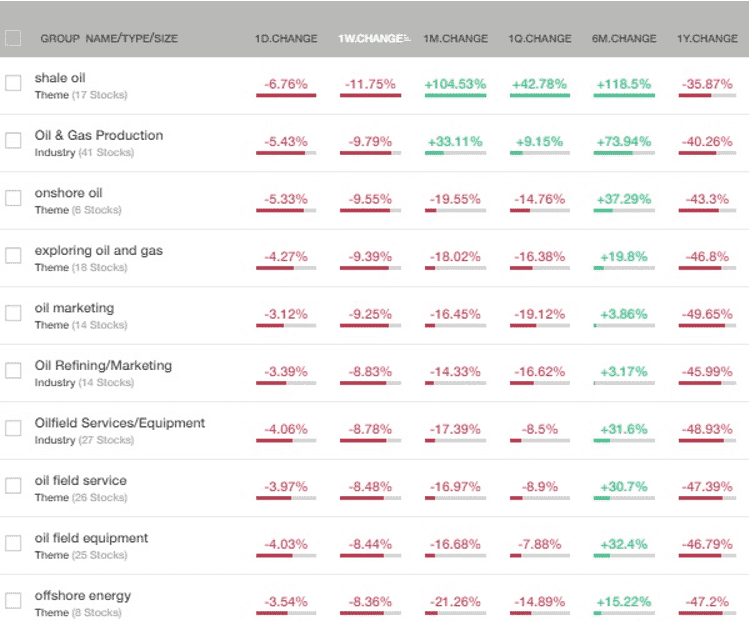 After looking at the performances from the different groups over the past week, I went back to look at how the different sectors performed during the different phases. I broke them down in the table below with the performances in the first rally, the first consolidation, and then the second rally. The energy sector was far and away the top performer as it rebounded from the temporary negative oil prices and the sector almost doubled from March 23 through June 8.

I used the Energy Select Sector SPDR (XLE) to represent the overall sector. Since June 8, the energy sector has fallen 29.6% and that is by far the worst performance of the bunch. We see the sector also took the worst hit during the first consolidation.

The tech sector, as represented by the Technology Select Sector SPDR (XLK), held up the best during the first consolidation and it was the top performer during the second rally with a gain of 25.1%. So far, in the current pullback, the tech sector has been the worst performer and is down over 10%.

So far during the current disruption, the two sectors that have held up the best are materials and utilities. Will one of those two sectors be the top performer when the next rally happens? It is worth keeping an eye on.