Basic materials stocks have been moving higher with the rest of the market since the Christmas Eve low. The Materials Select Sector SPDR (NYSE: XLB) has pretty much mirrored the rally by the S&P 500. While the sector has only matched the overall market, Arconic (NYSE: ARNC) has more than doubled the XLB and the S&P.

Since the December low, Arconic has rallied almost 60%. Over the last four months a trend channel has formed that seems to guiding the stock higher. The stock just hit the lower rail of the channel and jumped after it did. 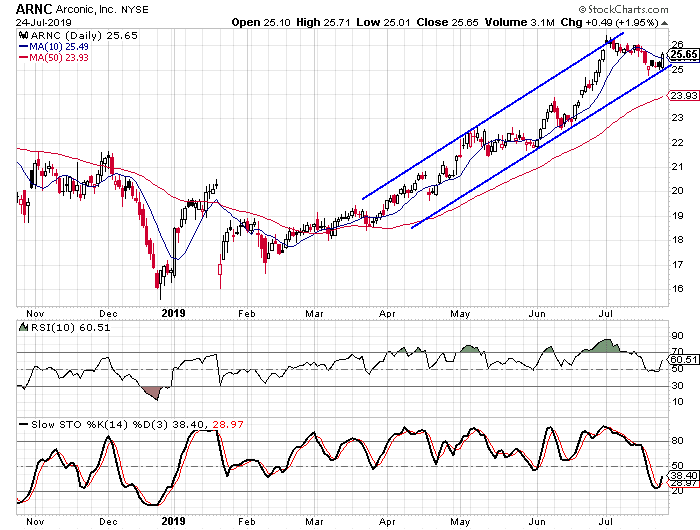 The daily stochastic readings haven’t been in oversold territory since December, but they did drop down to their lowest levels since then in the past week. The indicators made a bullish crossover on July 24 and that could be a sign that the rally will resume.

The Tickeron Trend Prediction Engine generated a bullish signal for Arconic on July 22 and it showed a confidence level of 89%. Past predictions on the stock have been accurate 78% of the time. This signal calls for a gain of at least 4% within the next month. The company is scheduled to report earnings on August 2, so investors will be looking for the report to boost the stock.