When the Federal Reserve hinted at becoming more dovish at the end of May, gold started rallying rather sharply and the price per ounce jumped from $1,280 to over $1,440. The sentiment toward the commodity also jumped as the price rose. This rally had a positive impact on a number of ETFs, but one that caught my eye recently was the SPDR S&P Metals and Mining ETF (NYSE: XME). The XME rallied from the $24 area to a recent high of $28.55. 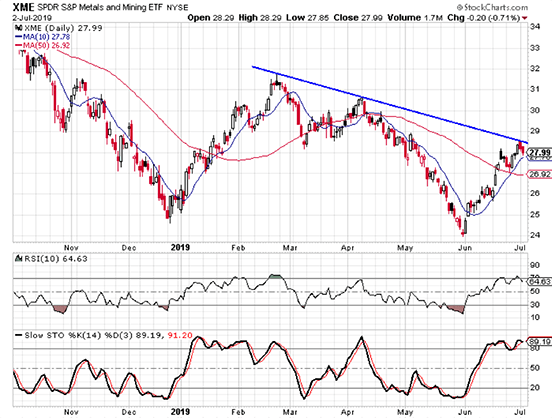 Unfortunately, the rally simply brought the XME up to a downward sloped trend line that connects the highs from February and April. We also see that the daily overbought/oversold indicators were both in overbought territory until turning lower in the last few days. The daily stochastic readings made a bearish crossover on July 2.

The Tickeron Trend Prediction Engine generated a bearish signal on the XME on June 28 and it showed a confidence level of 87%. The signal calls for a decline of at least 4% over the next month. Previous predictions on the fund have been successful 93% of the time. 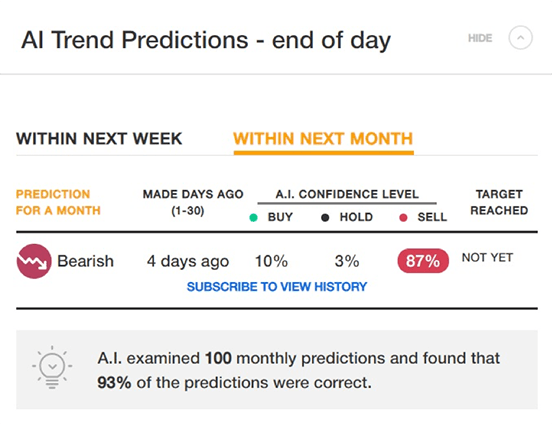 With the recent announcement that China and the U.S. have agreed to a tariff truce, this could lead to a less dovish Fed and that could cause the rally in gold to stall. That is one fundamental factor to keep an eye on.