Bearish signal on National Oilwell Varco ahead of earnings

The chart shows that the stock fell 8.39% on April 12 after it had moved in to overbought territory based on the 10-day RSI and the daily stochastic readings. The stochastics made a bearish crossover on the big decline and the RSI dropped sharply. 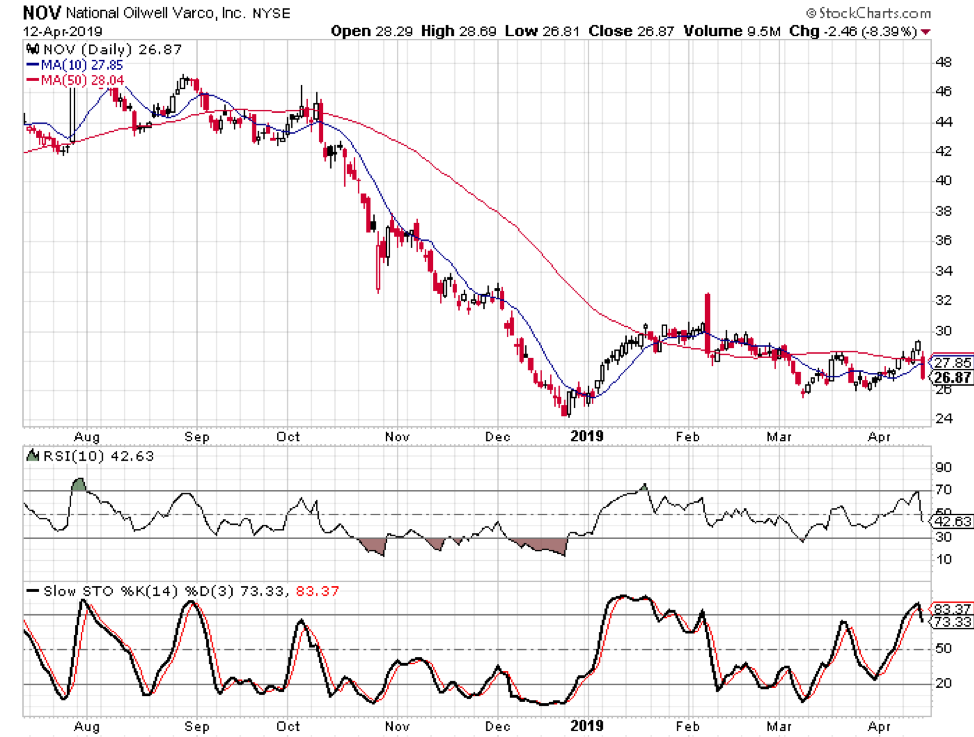 The Tickeron AI Trend Prediction Tool generated a bearish signal for National Oilwell Varco on April 12 and that signal calls for a decline of at least 4% in the next month. The signal showed a confidence level of 55% which isn’t that high, but the past signals on the stock have been successful 79% of the time. 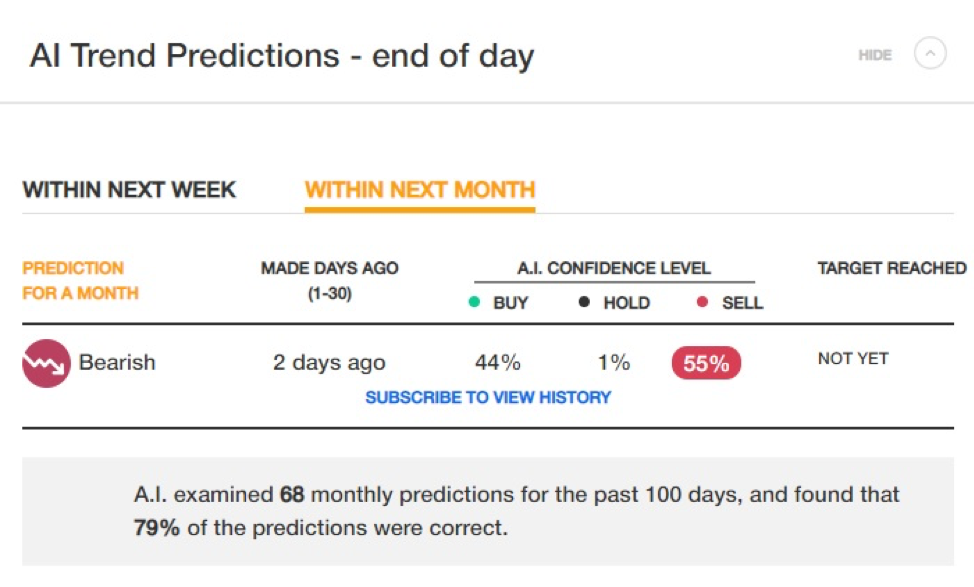 In the last three earnings reports, National Oilwell has earned $0.09, broke even, and earned $0.06. Prior to that stretch, the company had been losing money for several years.