The signal came just after the fund hit a short-term trend line on Friday. It also came as the fund was flirting with oversold territory based on the daily stochastic indicators. The indicators made a bullish crossover on Tuesday. 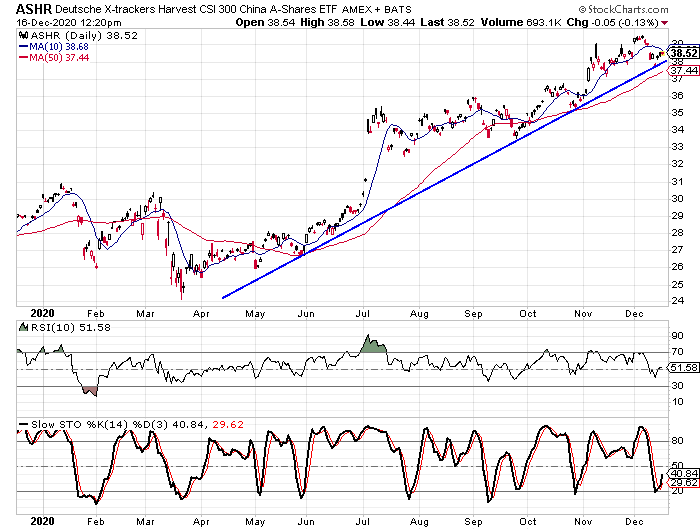 Tickeron’s Scorecard rates ASHR as a “buy” at this time. Part of the reason for the “buy” rating is the positioning of the moving averages. The 10-day Moving Average for the fund crossed bullishly above the 50-day moving average on October 08, 2020. The 50-day is currently above the 200-day and has been since early July.

For the full rundown on the X-Trackers Harvest CSI 300 China A-Shares ETF click on the ticker below.