Avalara (NYSE: AVLR) is a cloud-based software firm that specializes in tax compliance worldwide. The stock has jumped sharply higher since the beginning of the year, gaining over 120% in the process. Over the last two months, a trend line has formed that connects the lows from April, May, and now June. The stock just hit the trend line on June 14 before bouncing sharply higher. 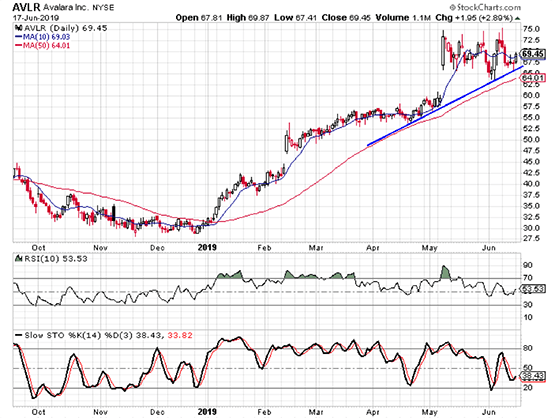 The stock could see some resistance in the $75 range as it has attempted to move above that level on three different occasions without success.

The Tickeron Trend Prediction Engine generated a bullish signal for Avalara on June 14 and the signal shows a confidence level of 90%. The signal calls for a gain of at least 4% over the next month and past predictions on the stock have been successful 94% of the time. 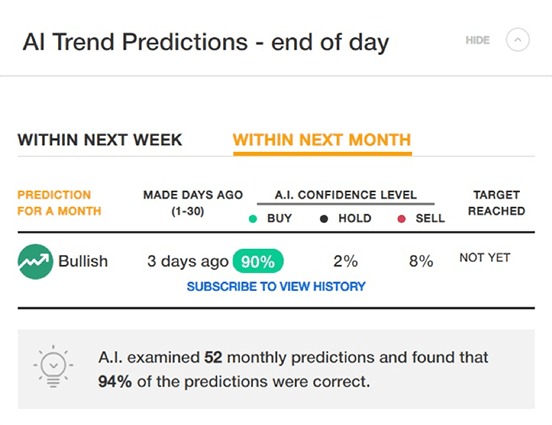 The company has produced a profit yet and thus the return on equity is negative and the profit margin is -16.7%.

The stock has definitely outperformed the company in the last year, but if the company continues to grow sales and earnings, that might not be the case for much longer.