Dana (DAN) finds support at its 50-day before turning higher

Auto parts manufacturer Dana (NYSE: DAN) pulled back over the last few weeks, but it looks as though the 50-day moving average halted the pullback last Thursday and now the stock looks to be turning higher again.

The stock jumped sharply from the December low, gaining over 65% in just two months. The stock peaked at $20.83 on February 25 and then pulled back to a low of $17.86 last week. The 50-day moving average was just below that level and still climbing. 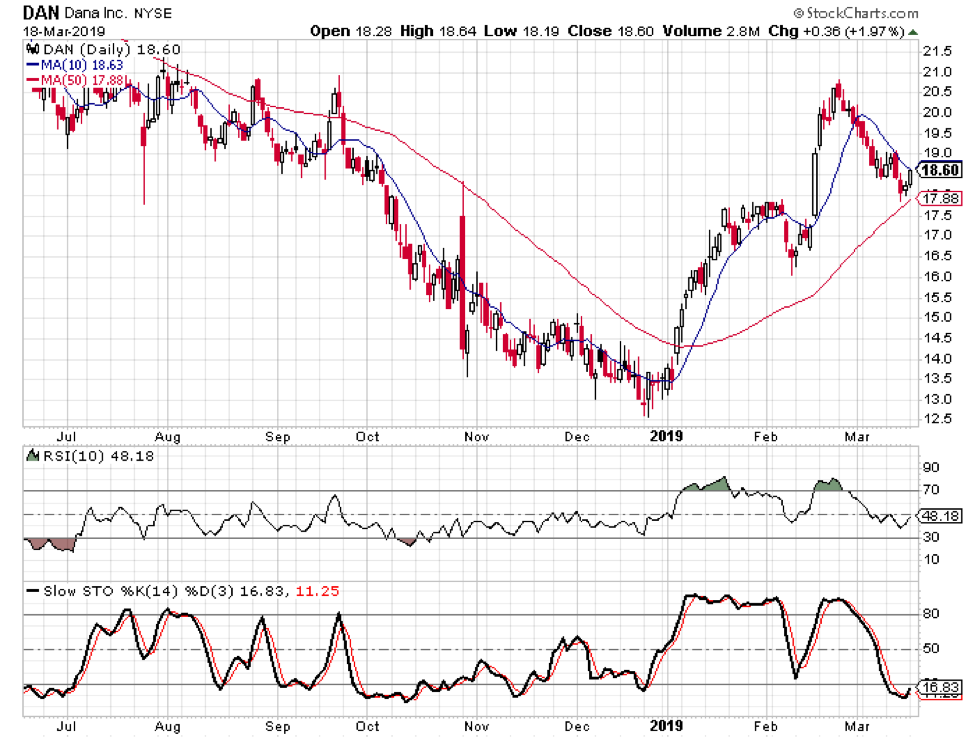 The daily stochastic readings for Dana dropped sharply during the two-week pullback, moving from overbought territory to oversold territory. Now the indicators have turned higher and have made a bullish crossover.

The Tickeron AI Trend Prediction tool generated a bullish signal on March 15 and that signal called for a gain of at least 2% for the coming week. The signal showed a confidence level of 55% and the previous predictions on Dana have been accurate 75% of the time. 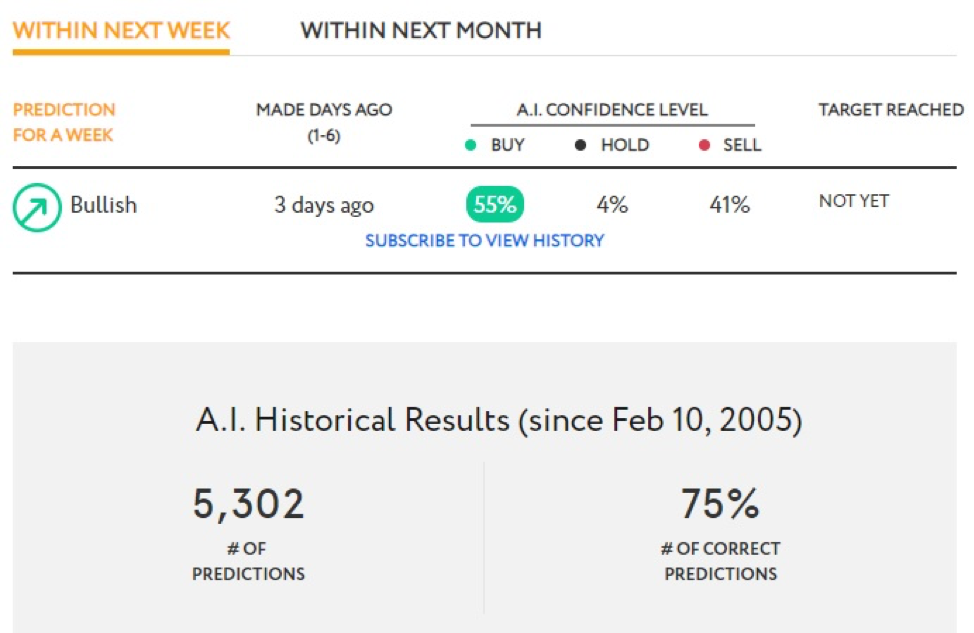 Personally, I can see the stock bounce back up above the $20.80 level and that would be good for a gain of almost 12%. That probably won’t happen in the next week, but perhaps within the next month.

Dana’s fundamentals are pretty good with annual growth in earnings averaging 26% over the last three years while sales have increased at a rate of 14% per year. The company also shows a return on equity of 36.9% and a profit margin of 6.9%.