Biotech firm Exelixis (Nasdaq: EXEL) has been trending sharply higher since the end of October and a trend channel has formed that defines the up and down cycles within the overall upward trend. The lower rail of the channel is formed by the lows in October and December while the upper rail is formed by the highs in December and January. The stock has been grinding sideways with a slight downward bias since mid-January and that has allowed the lower rail of the channel to catch up to the stock price.

With the stock hitting the lower rail it looks as if the next upward cycle is underway. We see that the daily stochastic readings made a bullish crossover on February 25 as the stock moved back above its 50-day moving average. 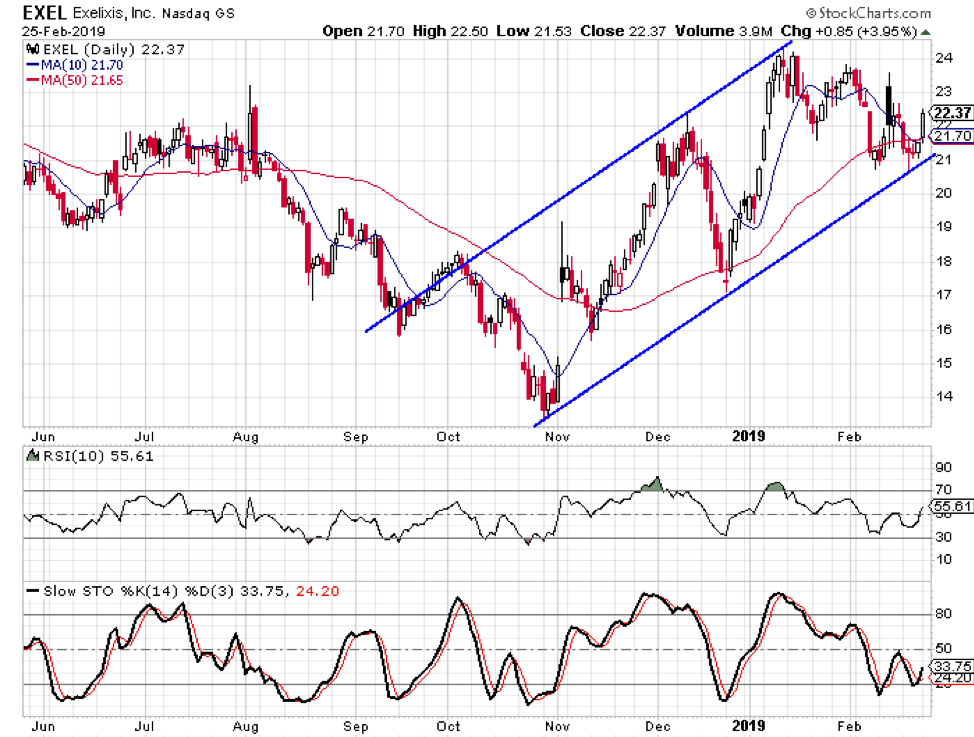 The Tickeron AI Prediction tool generated a bullish signal on Exelixis on February 22. That prediction came with a 75% confidence level for a move of at least 4% to the upside. Previous predictions of this nature have been successful 84% of the time. 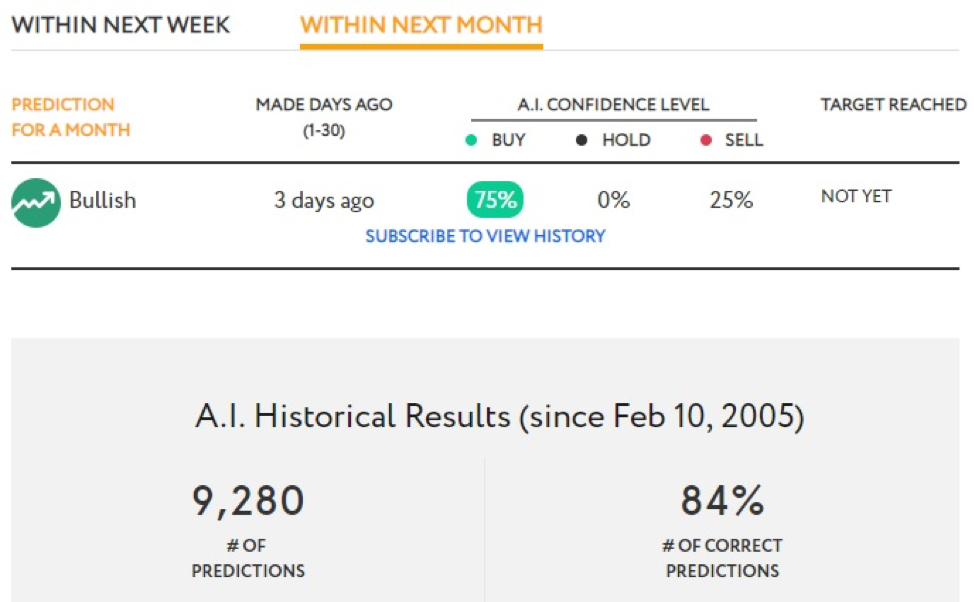 The company’s fundamentals are really good as earnings and sales have grown tremendously in recent years. Earnings have grown by an average of 503% per year over the last three years while sales have averaged annual growth of 193% over that same period.

Exelixis sports a return on equity of 56.7% and a profit margin of 35%. The company has no long-term debt.