Social media giant Facebook (Nasdaq: FB) has gotten beaten up pretty good over the last five months. The stock hit an all-time high in July at $218.62. Since then the stock has dropped sharply and hit a low in November at $126.85.

The stock has bounced from that low and is 13.5% above it at this point in time. Unfortunately the rebound may be in jeopardy as the stock is hitting two different forms of resistance. The first point of resistance is the 50-day moving average which is at $146.20 currently. The stock hit the moving average in the last few days before it turned lower on Friday. 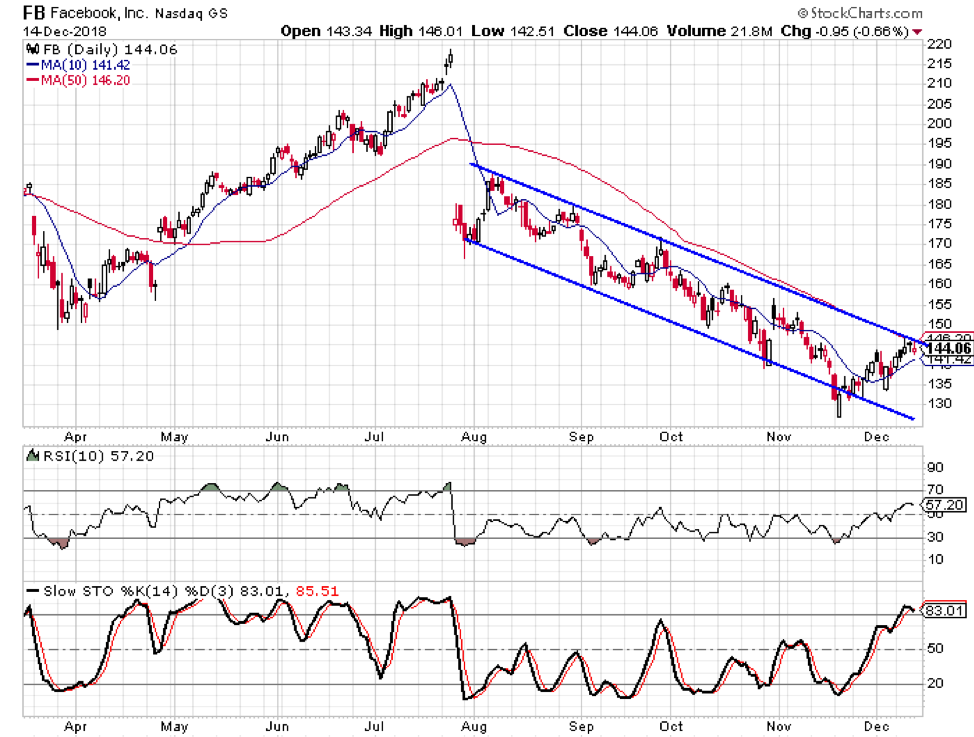 The second form of resistance comes from the upper rail of the trend channel that has formed over the last five months. We see the lower rail was really the first to form after the huge gap lower in July. When the stock rallied in early August, that formed the first point of the upper rail and the stock has hit it four times now.

Facebook has really good fundamentals still, but the trading environment around the stock is so bearish right now. The company has seen its earnings grow by an average of 97% annually over the last three years while sales have grown by 49% per year over that same time period.

The company’s profit margin is at 50.7% and the return on equity is at 27.3%. It’s also worth noting that the company has zero long-term debt.

Despite all of these positive factors, the company is facing increased scrutiny over its privacy policies both domestically and abroad.