The iShares MSCI Germany ETF (NYSE: EWG) gapped lower on May 23 and then gapped higher on May 24. The interesting thing is that the gap lower caused the ETF to move outside of a trend channel that has defined the various cycles over the last few months and the gap higher moved it back into the channel.

The oscillators aren’t in oversold territory, but the stochastic readings did come close and have now made a bullish crossover. 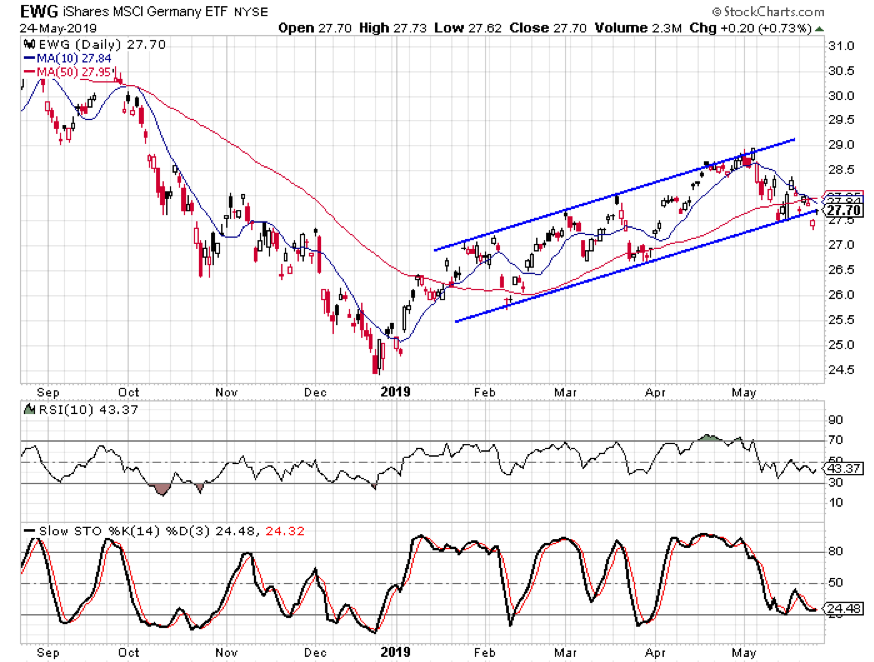 One potential concern is the fact that the 10-day moving average just crossed bearishly below the 50-day. The moving averages hadn’t made a bearish cross like that since last August. At the time of the last bearish crossover, the EWG was in a similar pattern with a tight trend channel, but that channel was downwardly sloped.

I am more bullish than bearish on EWG and part of the reason is due to a bullish signal from the Tickeron AI Trend Prediction Engine. The engine produced a bullish signal for the EWG on May 23. The confidence level for the signal was 89% and 85% of past signals on the fund have been successful. The signal calls for a gain of at least 4% over the next month. 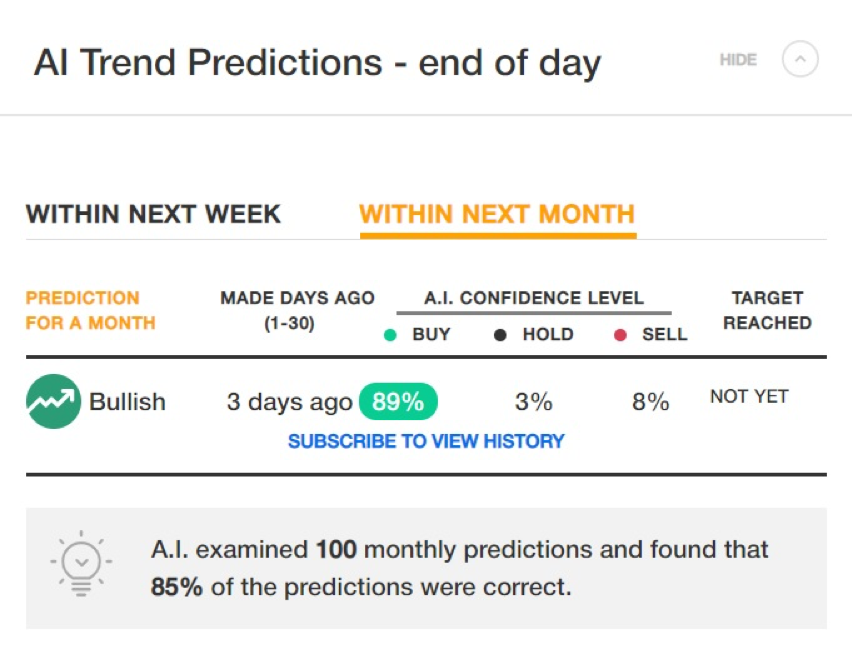