Base metals have been rallying sharply over the last three months and a number of stocks in the industry have seen huge gains. Steel prices have been rising and it has taken steel stocks higher with it. The stocks have seen small pullbacks in the last month and that may be creating a buying opportunity.

Looking at the daily charts for the two stocks we see very different paths higher. For Nucor, the rally has been pretty consistent since the low in March, and it has been even more consistent in the last five months with a trend channel forming. The stock has just bounced off of the lower rail of the channel and support at its 50-day moving average. 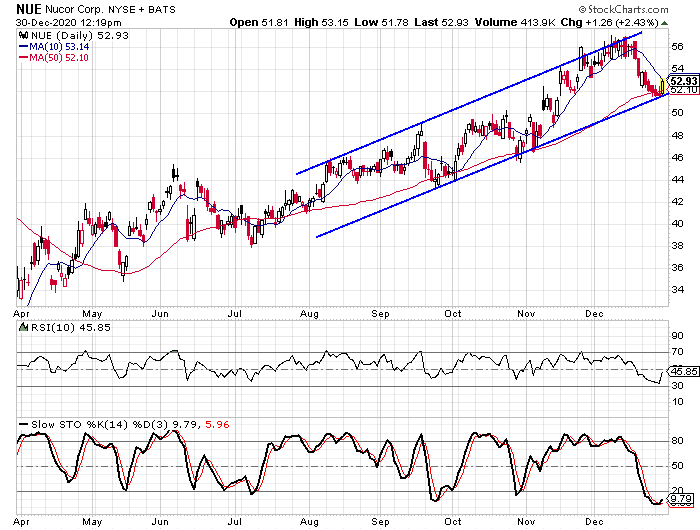 We also see that the daily stochastic indicators are in oversold territory and are in the process of making a bullish crossover.

US Steel’s chart isn’t quite as consistent. We see that the stock rallied from March through mid-June before falling. From late June through mid-September the stock was range bound. The stock really took off though and from late September through early December it gained over 190%. The stock peaked at $20 on December 9 and then pulled back for a few weeks. 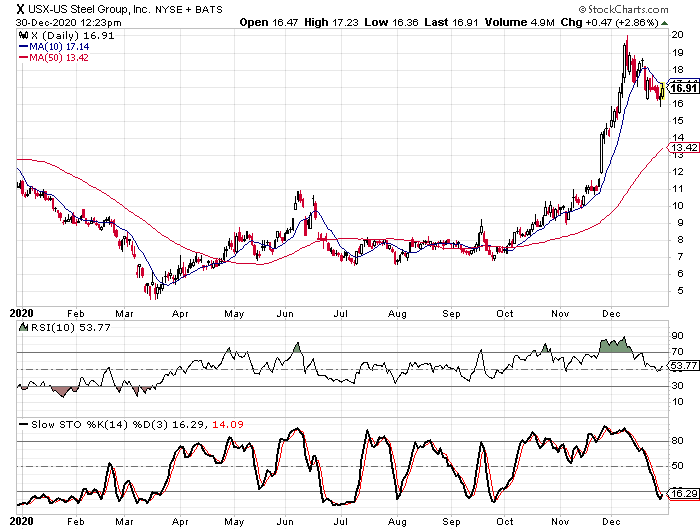 We see that the pullback in US Steel caused its daily stochastic indicators to drop sharply and they went from overbought to oversold. The indicators, like we saw with Nucor, are in the process of making a bullish crossover.

The Tickeron scorecard gives both stocks a “sell” rating, but the scorecard ratings are looking out beyond the next month and they rely on fundamental factors more heavily. The one fundamental indicator where both companies receive a positive reading is the Valuation Rating. Nucor scores an 8 and US Steel scores a 27.

The comparison feature from Tickeron shows how the companies compare to one another and how they stack up against other stacks based on the scores from both the fundamental indicators and the technical indicators.