The selling that has hit the overall market in the last few days has moved some stocks and ETFs below their 50-day moving averages. Devon Energy (NYSE: DVN) has held pretty well considering how much ground the S&P has lost and the stock is hovering right around its 50-day moving average. 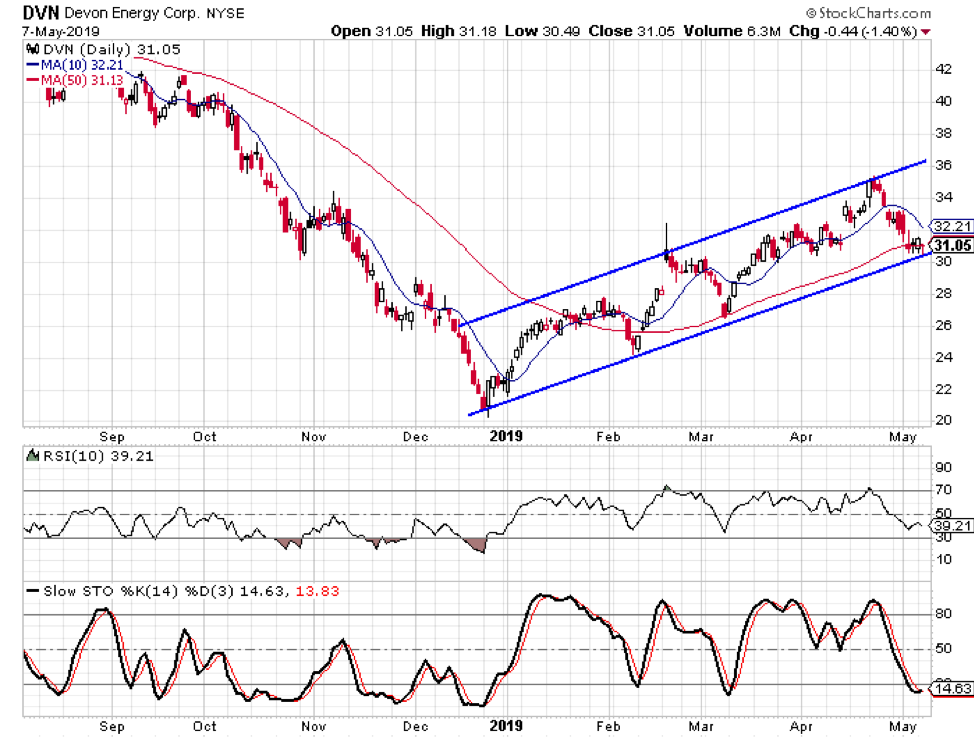 The lower rail and the 50-day moving average seem to be acting as support at this time and now the stochastic readings have made a bullish crossover. The last time the stock was set up like this was on March 8 and the stock rallied by over 22% in the next three weeks.

In addition to the support and stochastics crossover, the Tickeron AI Trend Prediction tool generated a bullish signal for Devon on May 6. The signal calls for a gain of at least 4% over the next month and it showed a confidence level of 90%. Previous predictions on Devon have been successful 76% of the time. 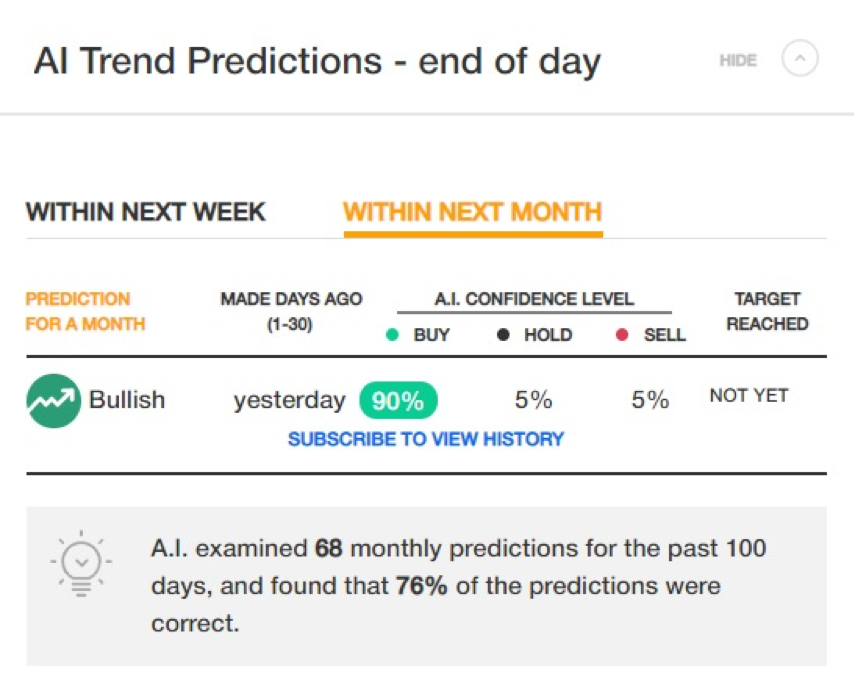