Since the beginning of 2020, the S&P Growth Index has outperformed the S&P Value Index at every step of the way. Normally during a big market selloff, we would see growth stocks get hit harder than value stocks, but not this year. When the market went through its big selloff from February 19 through March 23, the SPDR S&P Growth ETF (NYSE: SPYG) dropped 31.27%. While that is a pretty sizable decline, the SPDR S&P Value ETF (NYSE: SPYV) fell 36.67%.

Looking at all of these past years we see that growth has outperformed value in the last 10 years. It’s been a historical bull market rally from the bear market that ended in early 2009, but look at the performance differences. The biggest disparity between the two styles came in 2017 when value was up almost 12% more than value.

Monday, July 13, was an interesting day for the indices as all four of the main indices started out with significant gains, but selling hit the market in the afternoon and three of the four finished with significant losses. This date isn’t just a random date because it was the day before the second quarter earnings season was set to start.

Personally I took note of the fact that the SPDR Growth ETF dropped 1.62% on the day and the SPDR Value ETF gained 0.17%. This got my attention and I did a comparison between the two ETFs on the Tickeron platform. The thing that jumped out at me the most was how the most closely correlated stocks to each of the two funds performed on Monday. For the SPYG, seven of the 10 most correlated lost ground and there were a couple of big declines. 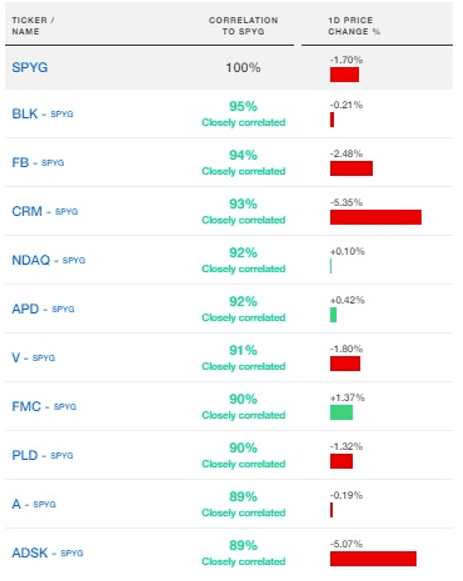 The opposite was true for the stocks most closely correlated to the SPYV. Eight of the 10 most highly correlated gained ground, one was unchanged, and one fell. Five of the 10 gained more than 1.0% on a day when the S&P itself was down almost 1.0%. 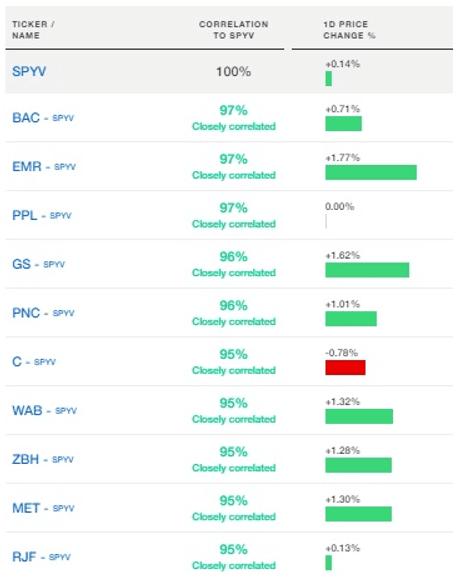 Obviously, one day’s returns don’t mean that a trend is changing, but the timing of the change caught my attention as the reversal in the main indices came just ahead of the earnings season.

I went back and looked at the 12-month returns of both the SPYG and the SPYV for the last 20 years. I took note of anytime where the growth fund beat the value fund by a substantial margin. Right now the 12-month return of the growth fund is 26% greater than the value fund and that is the biggest difference in the last 20 years.

Other times where growth outperformed value by more than 15% were very few, but they seemed to come at times where volatility increased—June ’08, December ’09, August ’11, and September ’18.

Based on these findings, I would advise investors to be cautious and prepare for a more volatile market in the second half of 2020.