Consumer staple giant Kraft Heinz (Nasdaq: KHC) has been trending lower for the last six months and a trend line has formed that connects the highs from August and October. The stock is now close to that trend line after a rally over the past month. 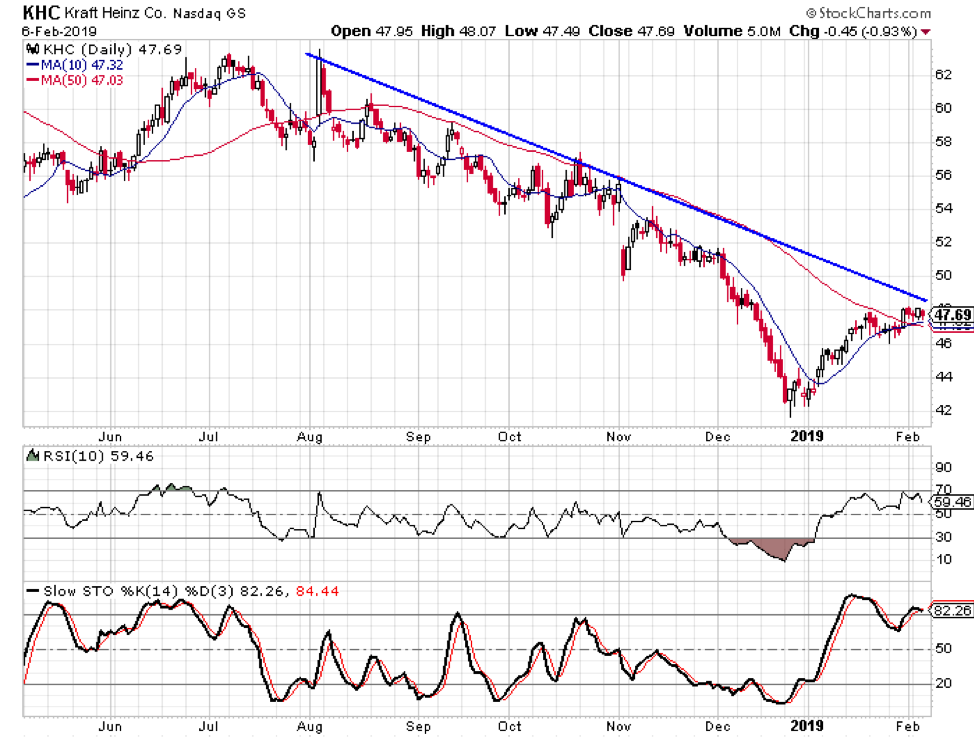 The company is scheduled to report earnings on February 14. Earnings reports have been a mixed bag in recent years with average EPS growth of 23% per year over the last three years. However, the most recent quarterly report showed a drop in earnings of 6%. The company’s sales have also been slow with the average annual sales being flat over the last three years while the most recent quarter showed modest growth of 2%.

The return on equity for Kraft Heinz is below average at 7.1% while the profit margin is above average at 23.2%.

The Tickeron AI Trend Prediction tool generated a bearish signal for Kraft Heinz on February 5. It showed a confidence level of 78% for a downward move of at least 4% over the next month. Previous predictions on Kraft Heinz have been accurate 74% of the time. 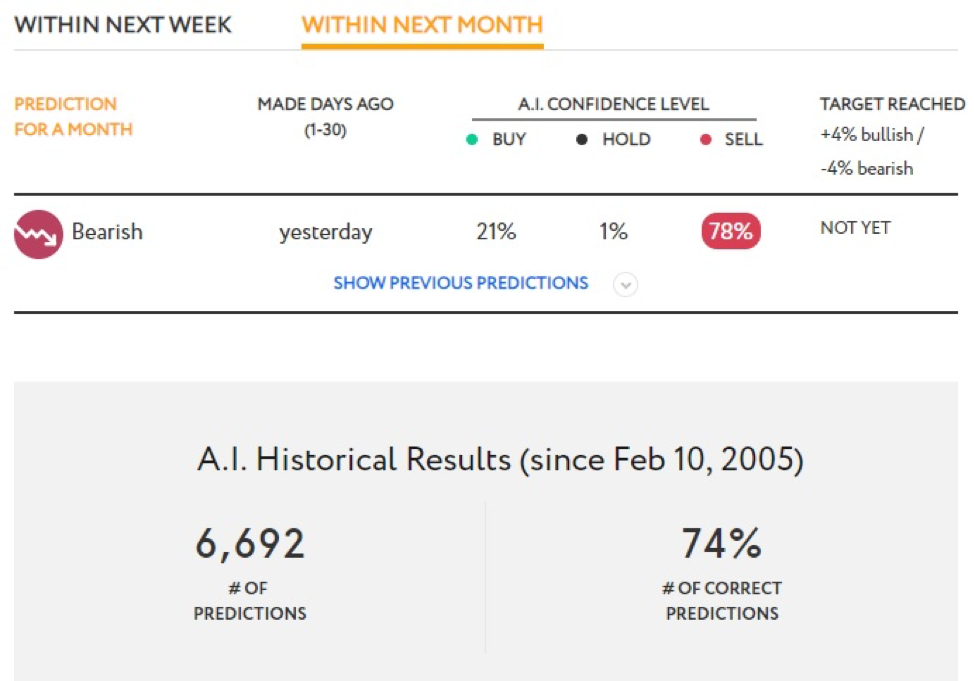 The option activity was interesting on February 6 with far more options changing hands than usual. It was hard to decipher what the intentions of the trades were, but they appeared to be part of a calendar spread of some sort.