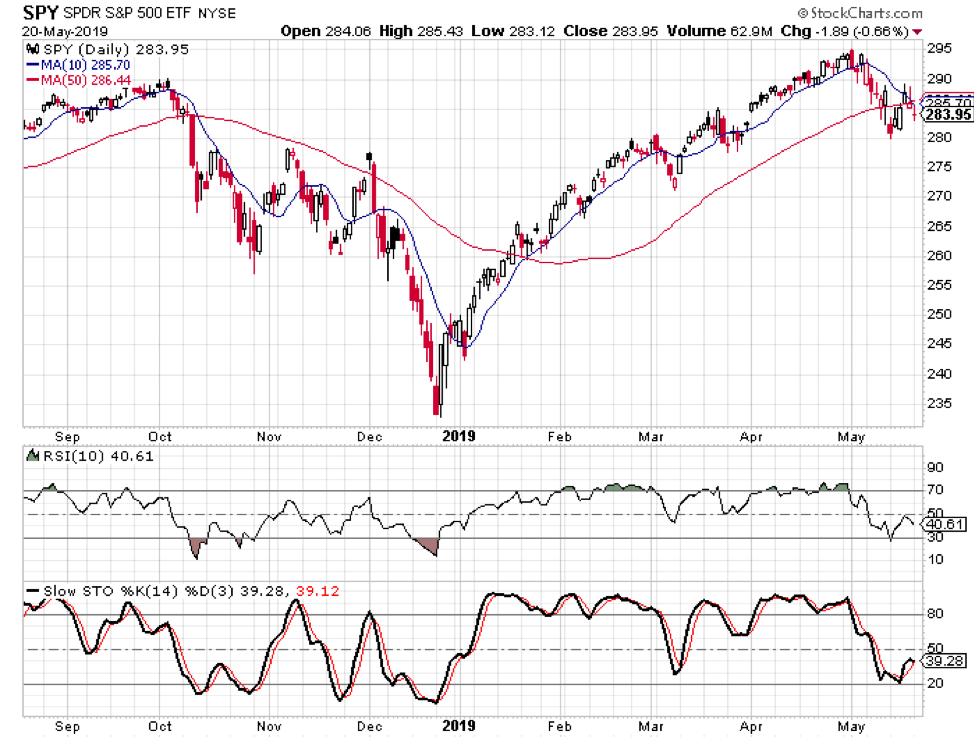 Looking at each of the charts, it is the first time since October that these ETFs have experienced a bearish crossover in the moving averages and when it happened last fall, it was an ominous sign. The SPY was trading around $275 when the crossover occurred and would eventually fall below $235. The QQQ was trading around $170 when the bearish crossover occurred and it would eventually fall below $145.

In each case, it wouldn’t be until mid-January that the 10-day moving average would cross bullishly back above the 50-day. In the case of the SPY, the ETF was trading just above $260 at the time and it would eventually move up to $295. In the case of the QQQ, it was trading around $162.50 when the 10-day moved back above the 50-day and it would eventually rise above $190 before pulling back again.