Online dating service provider Match Group (Nasdaq: MTCH) has seen its stock rise tremendously since November. The stock dropped below the $32 level on November 20 and it hit a high of $75.28 on May 17. That’s a gain of over 135% in less than six months.

The technical performance for the stock is strong enough that it scores a 96 on Investor’s Business Daily’s Relative Price Strength Rating. That means that only 4% of the stocks in IBD’s database have seen better price performance over the past year. 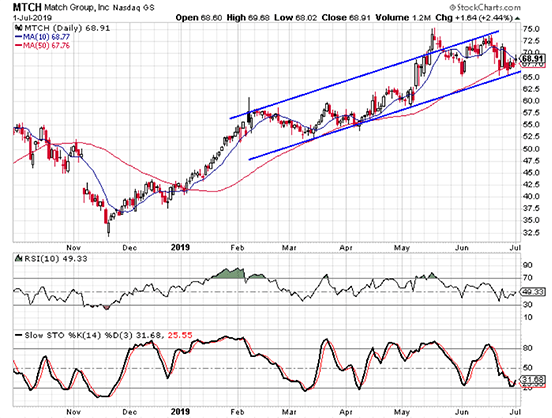 We see on the daily chart how an upwardly sloped trend channel has helped guide the stock higher over the last five months. The lower rail connects the lows from each of the last four months and the stock just touched it. The daily stochastic readings dipped down close to oversold territory, but didn’t quite reach it. The indicators have now turned higher and made a bullish crossover.

The Tickeron Trend Prediction Engine generated a bullish signal for Match Group on June 27. The signal showed a confidence level of 87% with 83% of past predictions being successful. This signal calls for a gain of at least 4% over the next month. 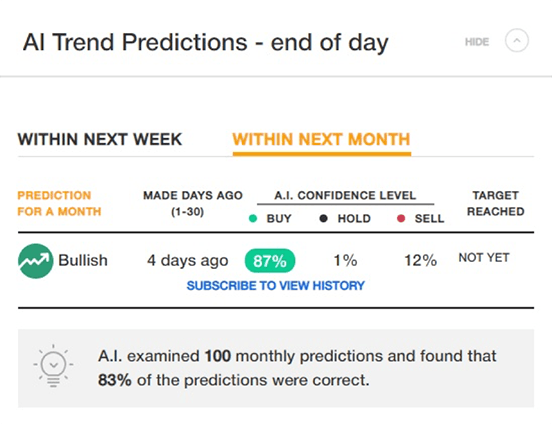 From a fundamental perspective, Match has seen its earnings grow by 37% per year over the last three years and they were up 62% in the most recent quarter. Sales were up 21% per year and increased by 14% in the most recent quarter. The company is currently showing a return on equity of 138.8% and a profit margin of 31.1%. You would be hard pressed to find many companies with better stats than those.