Noble Energy (NYSE: NBL) is engaged in the exploration and production of oil, natural gas, and liquid natural gas. The stock has been trending lower over the last seven months, and a trend channel has formed that defines the different cycles within the overall trend. The stock hit the upper rail of the channel last week. 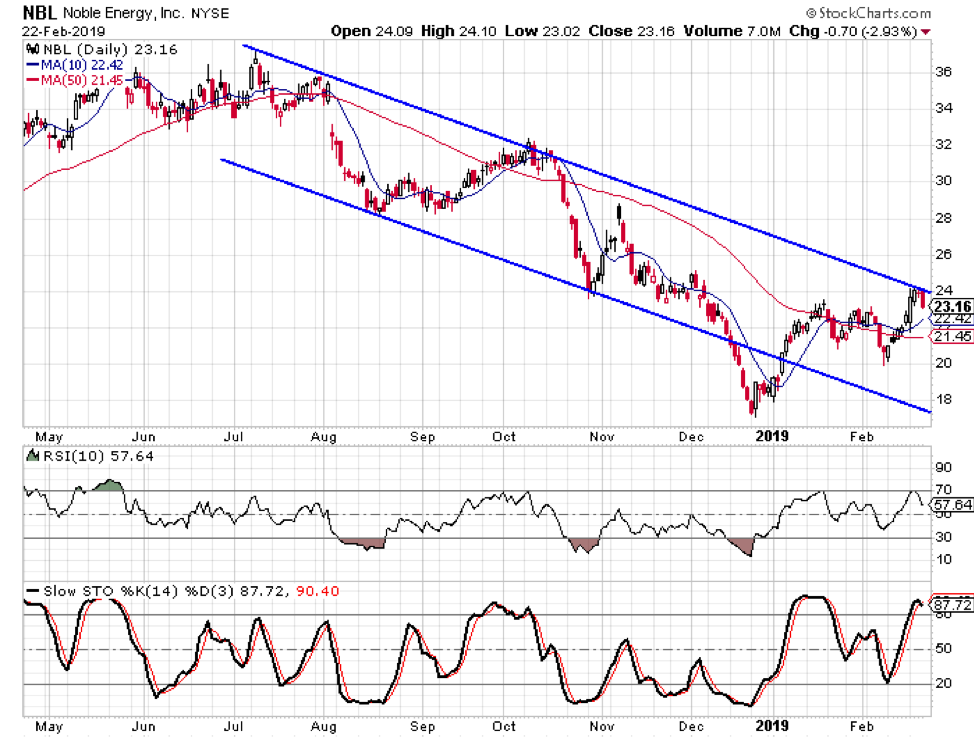 As you can see the upper rail connects the highs from July, October, and now February. The stock did dip below the lower rail back in December, and the lower rail is defined by the lows in August and October. It is also worth noting that the stock hit overbought territory last week, based on the 10-day RSI and the daily stochastic readings.

The Tickeron AI Prediction tool generated a bearish signal on Noble Energy on February 22. That prediction had a confidence level of 65% and previous predictions have been accurate 68% of the time. The prediction calls for a decline of at least 4% over the coming month. 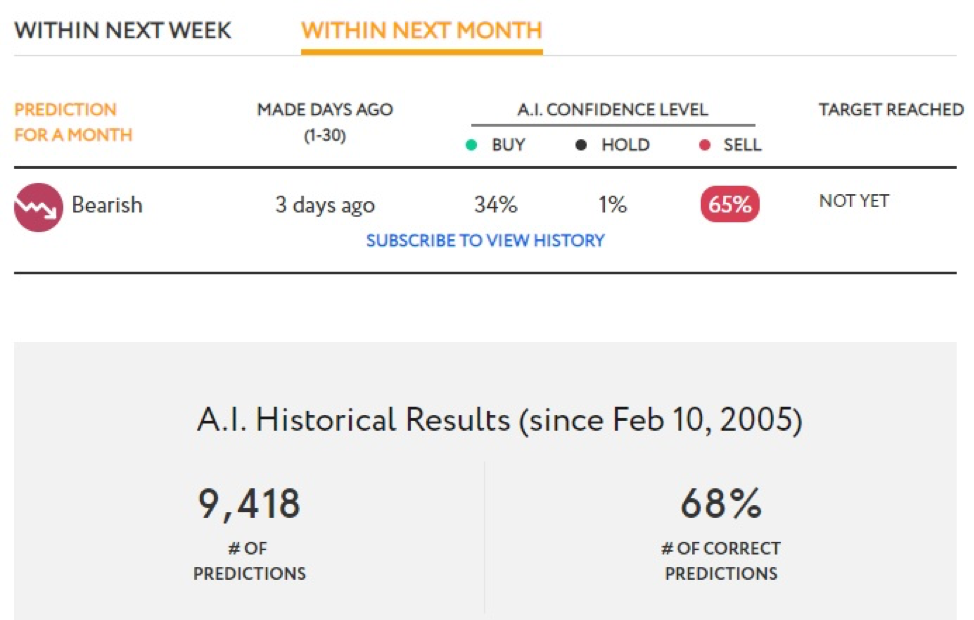 The company’s return on equity is only 4.5% and the profit margin is a rather pedestrian 4.3%. Both of these figures are below average compared to other companies.