The oil industry and the various other energy industries associated with oil production have been on really nice rallies over the last two months. The gains seemed to be propelled by vaccine news and the hope that the world economy would get back on track sooner than thought.

The Energy Select Sector SPDR (XLE) gained 56% from its October low to its high a few weeks ago. The fund quickly shifted from oversold to overbought and it moved above its 52-week moving average during the rally. Unfortunately the weekly stochastic readings made a bearish crossover last week and appear as though they may be headed out of overbought territory—a possible bearish signal. 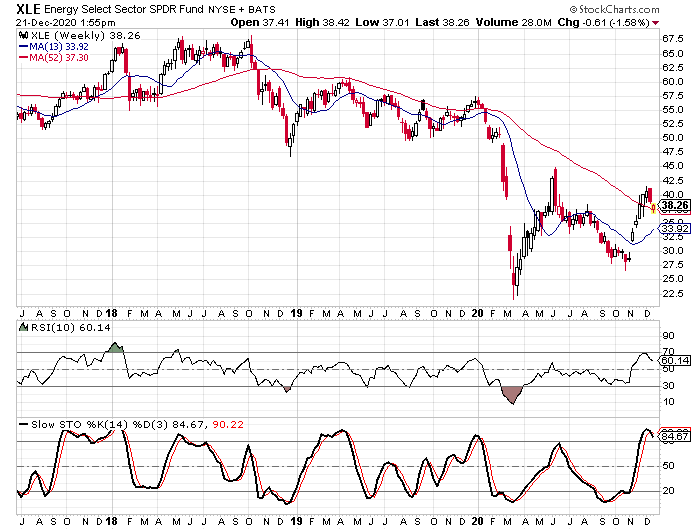 The SPDR S&P Oil & Gas Exploration & Production ETF (XOP) experienced an even greater gain, rallying 66.9% from its October low to its high two weeks ago. The XOP also saw its oscillators move from oversold territory to overbought territory during the rally and it also moved above its 52-week moving average. In this case the fund hadn’t been above the moving average in over two years. 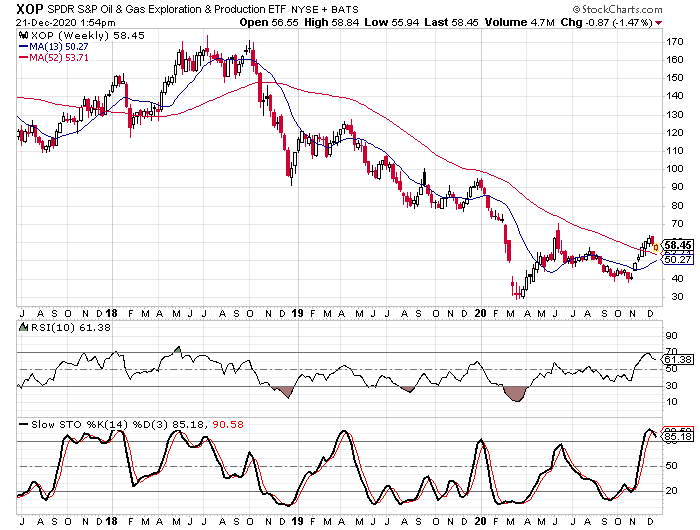 Like the XLE, the XOP saw its weekly stochastic indicators make a bearish crossover while in overbought territory. We see similar instances in June and January of this year and back in April 2019. In all three of these previous instances, the XOP dropped considerably in the months that followed. The same pattern can be seen on the XLE weekly chart.

I imagine if you went through the weekly charts of the stocks that are holdings in these funds you would see a number of them following the same pattern.

The Tickeron comparison between the two ETFs shows how each fund ranks against one another and against other funds. We also see that there have been a number of signals generated on the funds in recent weeks.