Oil companies, especially exploration companies, have rallied sharply since the end of October. The SPDR S&P Oil & Gas Exploration & Production ETF (XOP) rallied 89.7% from the October low to last week’s high. The huge rally has put the ETF in overbought territory based on the 10-day RSI and daily stochastic indicators. 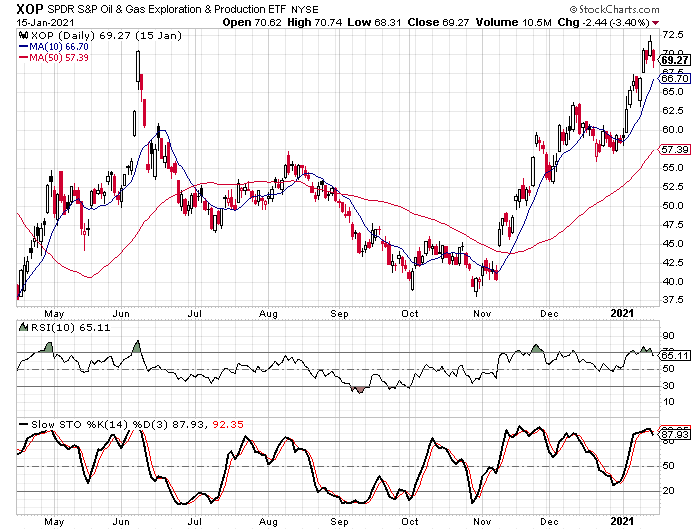 The ETF came to my attention on Friday when I ran a scan of stocks that were overbought and had seen their daily stochastic indicators make bearish crossovers. The XOP was on the list along with 10 individual companies. I ran these 10 companies through the Tickeron Screener and there were two companies that jumped out at me for getting bearish signals with pretty high confidence levels.

Oil prices have been considerably more volatile recently and the energy sector has followed suit. Over the last few months the energy sector has been the top performing sector on a number of days, but it has also been the worst performer on a number of days. Obviously with the upward trajectory of the stocks over the last few months, there have been more big upward moves than downward ones.

For a complete comparison between Cabot and EQT see the Tickeron analysis below. The analysis shows how these two companies score compared to one another, and it also looks at the industry as a whole.