Regional banks have gotten hit pretty hard after the latest Fed meeting. With the Fed announcing plans to keep the Fed Funds rate at the current level for the foreseeable future, it hampered banks to a degree.

When interest rates are rising, the spread grows between what banks charge on loans and what they pay on deposits. This helps banks and their profitability. With the Fed becoming more dovish, the spread is likely to remain stable or possibly even decrease for the rest of the year.

The SPDR S&P Regional Bank ETF (NYSE: KRE) has been lagging the overall market since the January Fed meeting. At that meeting, the Fed used more dovish terms to describe the rate policy. The announcement after the March meeting left little doubt about the path the Fed intended to take going forward. After that meeting, the KRE fell over 11% in three days. 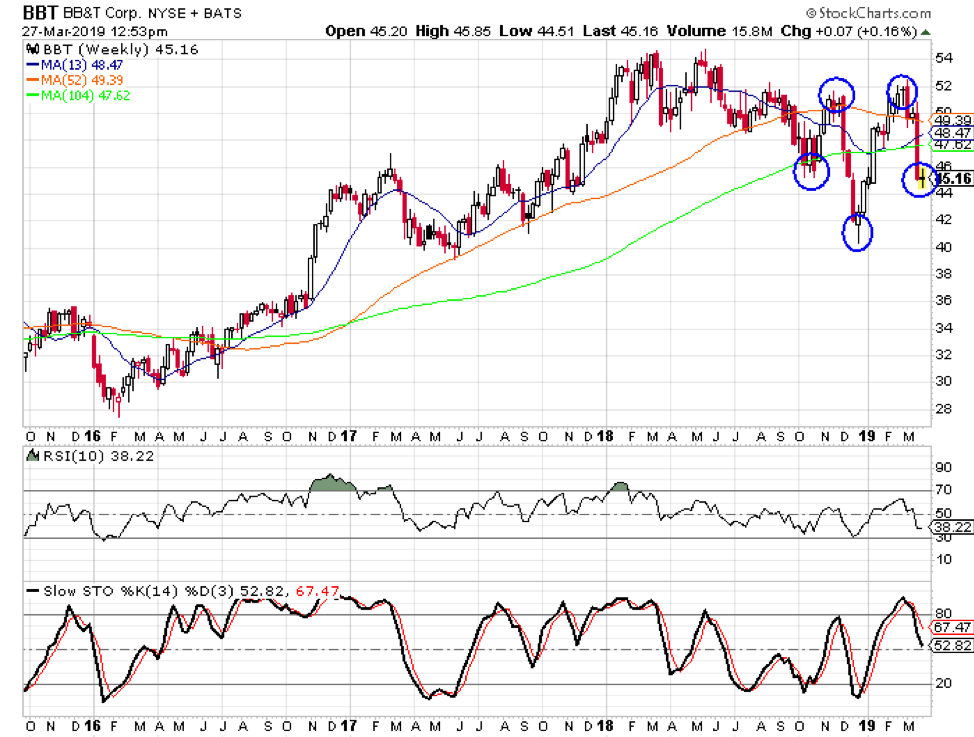 For the formation to be completed, the stock would need to rally back to the $52 level and breakout from there.