Oil stocks have bounced around a little in recent months, but for the most part the overall trend has been to the upside. Tensions in the Middle East have increased and that has certainly had an impact on the price of oil. One stock that has been trending higher in somewhat of a pattern is Royal Dutch Shell Class A Shares (NYSE: RDS/A). 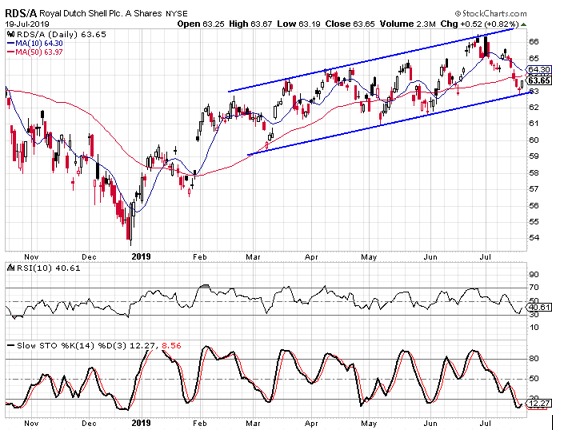 The daily stochastic readings are in oversold territory and they just made a bullish crossover on July 19. We see that the indicators also made bullish crossovers at the previously mentioned lows in March and May.

The Tickeron technical analysis overview shows several bullish factors that could help the stock maintain the overall trend. The 50-day moving average is above the 200-day and the 10-day is above the 50-day. 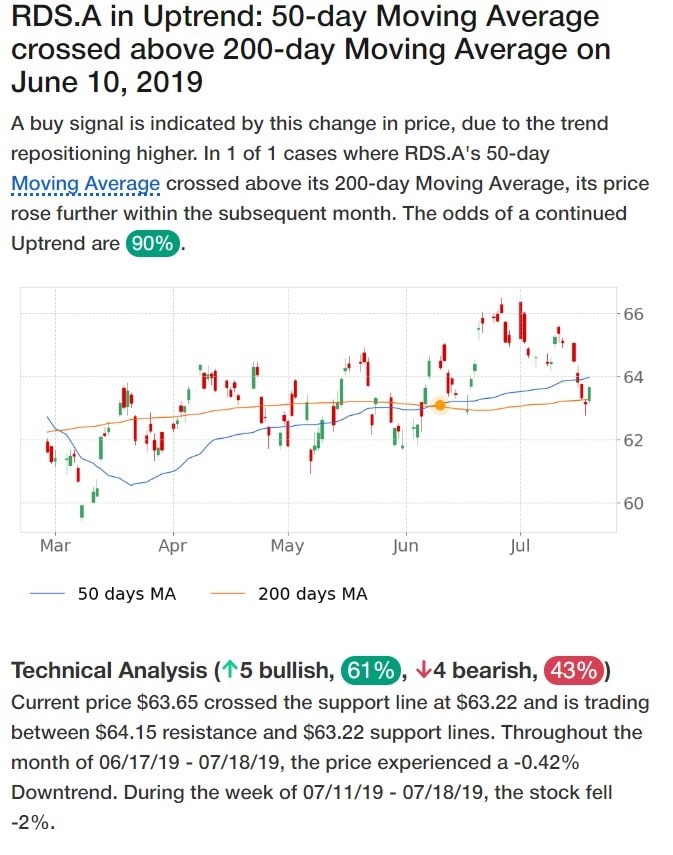 The management efficiency measurements are a little below average with a return on equity of 10.9% and a profit margin of 8.5%.