Since that low on Christmas Eve, the stock jumped to a high of $37.72, a gain of 135% in less than three months. The stock has pulled back once again, but it appears to be finding support at its 50-day moving average at this time. 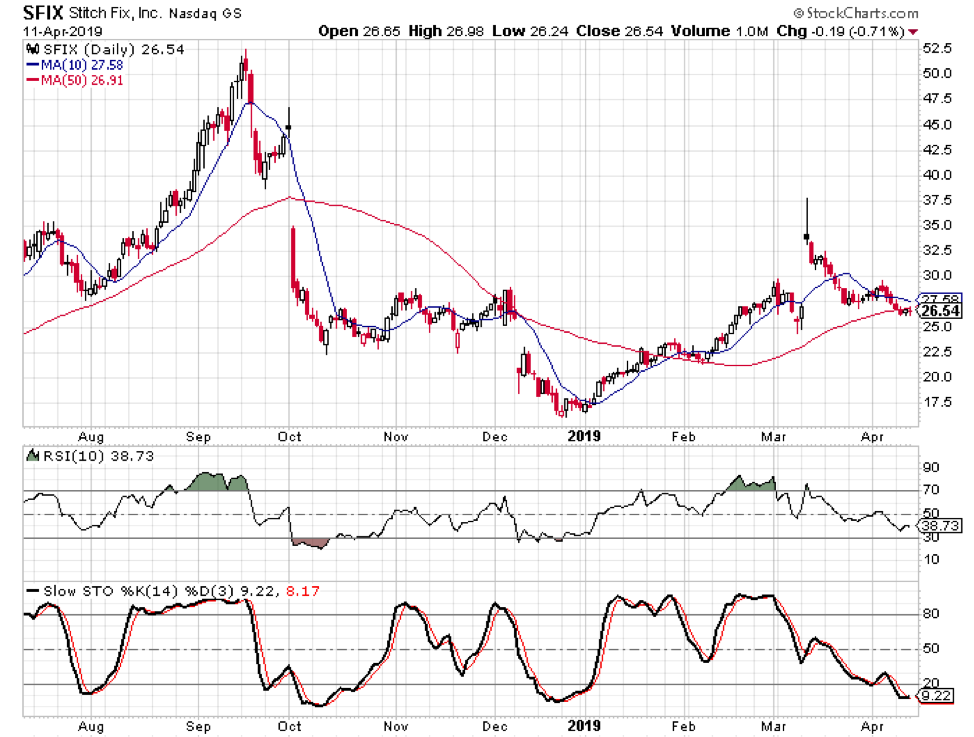 The recent pullback did move the daily stochastic readings into oversold territory and the indicators made a bullish crossover on April 11.

In addition to the potential bullish signal from the stochastic readings, the Tickeron AI Trend Prediction tool generated a bullish signal for Stitch Fix on April 10. The signal calls for a gain of at least 4% in the next month and it showed a confidence level of 89%. Previous predictions on Stitch Fix have been successful 62% of the time. 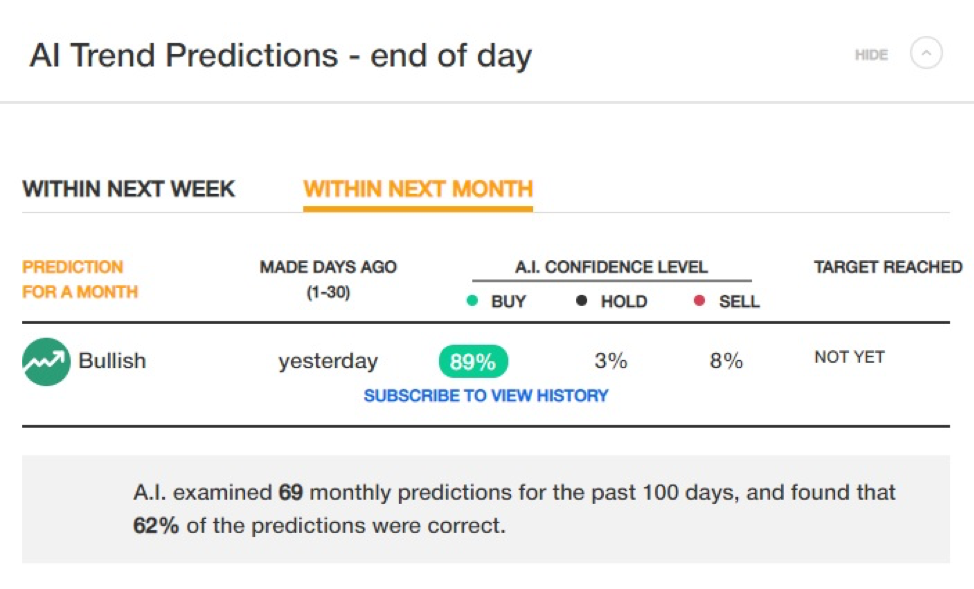 Stitch Fix’s management efficiency ratings are mixed with a return on equity of 62.1% which is really strong, but the profit margin is only 3.5% and that is well below average. It is also worth noting that the company doesn’t have any long-term debt.