Three companies in particular jumped out at me because all three have seen pullbacks in the current week. Those pullbacks have caused a bearish crossover in the weekly stochastic readings. Enphase Energy (ENPH), Plug Power (PLUG), and SunPower (SPWR) are all three seeing their stocks drop this week. All three have seen big gains in their stock prices since March, but Plug Power stands out among the three. 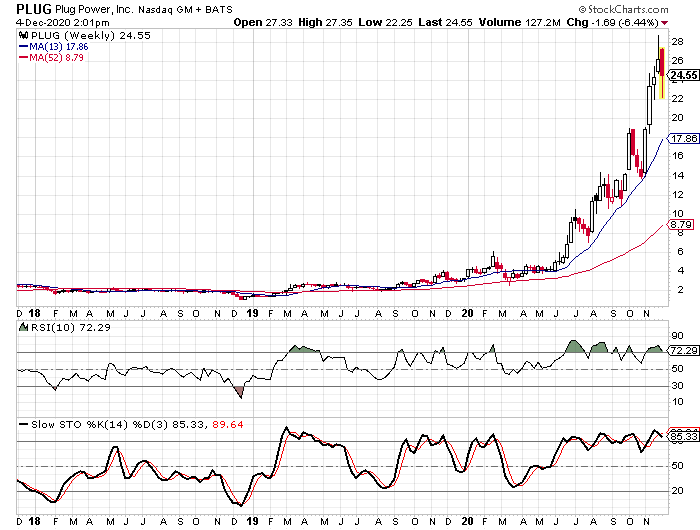 When I got the signals for the bearish stochastic crossovers on the three stocks, I pulled the three up on Tickeron’s Screener to see how the stocks performed in the various fundamental and technical categories. The first that jumped out was that all three stocks received “sell” ratings from the Tickeron Scorecard.

Here’s how the three stocks rank in the various fundamental and technical indicators from Tickeron.