Under Armour Hitting Potential Resistance at its 50-Day Moving Average

Apparel and footwear manufacturer Under Armour (NYSE: UA) has jumped sharply over the past month, gaining over 20% since hitting its recent low on December 24. While the rally was welcomed by investors after the stock dropped almost 33% from December 6 through that low.

The rally could run in to some problems in the coming days as the stock has caught up to its 50-day moving average. The stock moved slightly above the trend line on Tuesday, but ended up closing below it. The stock fell on Wednesday and it looks like it could move lower in the coming weeks. 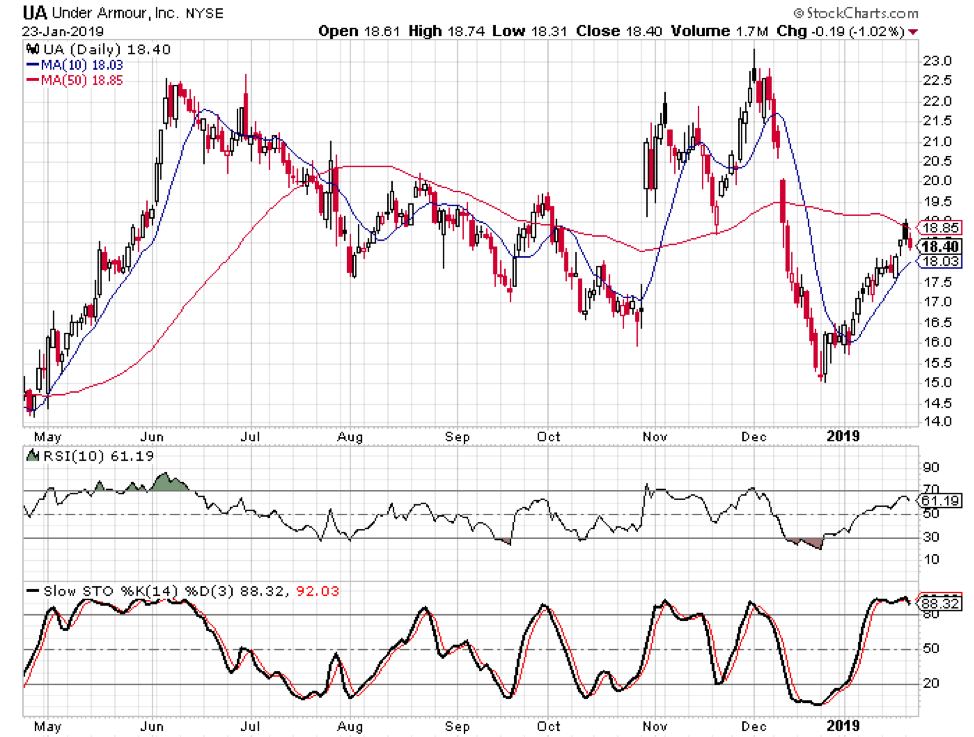 Under Armour had reached overbought territory based on the daily stochastic readings and the indicators made a bearish crossover on Wednesday which could also spell bad news for the stock in the days ahead.

From a fundamental perspective, Under Armour has been underperforming its peers in recent years. The company has seen its earnings decline by an average of 39% per year over the last three years. Sales have increased at a rate of 10% per year over that same period.

The management efficiency measures are below average for Under Armour as well. The return on equity stands at 4.2% and the profit margin is only 2.3%.

Looking at the Tickeron A.I. Trend Predictions for Under Armour, the results show an 87% probability of a drop of at least 4% in the next month. 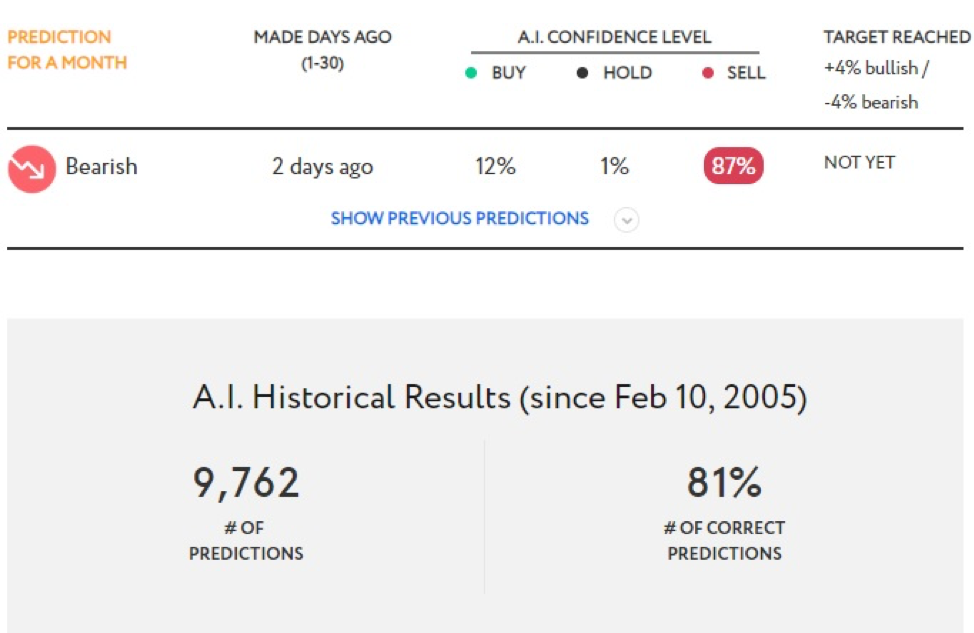