Wholesale food distributor US Foods Holding (NYSE: USFD) has been trending higher since last November. A trend channel has formed in the last seven months with the lower rail connecting the lows from November, December, May, and now June. A parallel upper rail connects the highs from November, February, and May. The stock just hit the lower rail of the channel and looks to bounce back from a recent pullback. 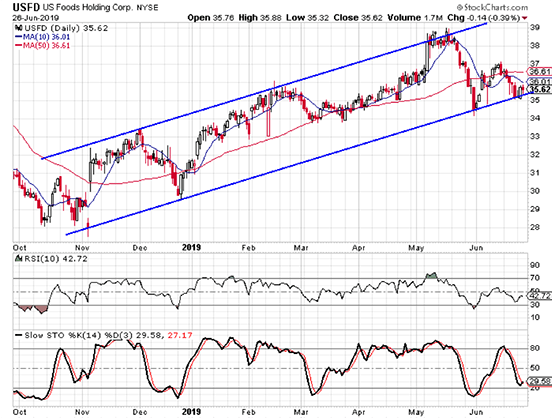 One other development from the chart is the fact that the daily stochastic readings dropped down below the 30 level and made a bullish crossover on June 26. The indicators didn’t quite reach oversold territory, but the crossover could act as a bullish sign.

The Tickeron Trend Prediction Engine generated a bullish signal for US Foods on June 24. The signal showed a confidence level of 63% and it calls for a gain of at least 4% over the next month. Past predictions on the stock have been successful 76% of the time. 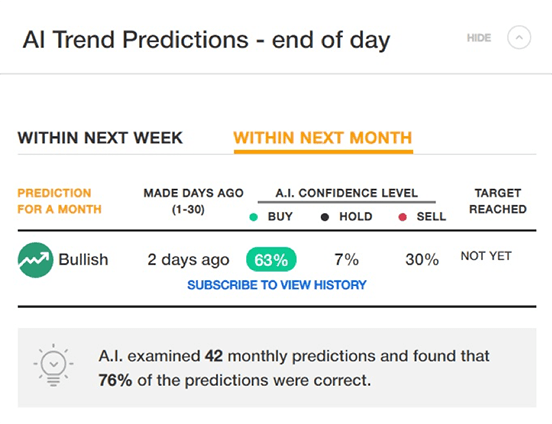