Utilities Sector Looks Primed for a Bounce After First Pullback

Looking through a number of charts last evening, there are several utilities stocks with similar chart patterns. They have formed trend channels over the last six months, and when the sector got hit with some selling last week, many of them dropped down to their lower rails.

One such stock that caught my eye was NRG Energy (NYSE: NRG). From December 13 through the close on December 24, NRG fell 15%. Over the last two trading sessions the stock has gained 6.6% and it looks like the stock is headed back up to the upper rail of its channel. 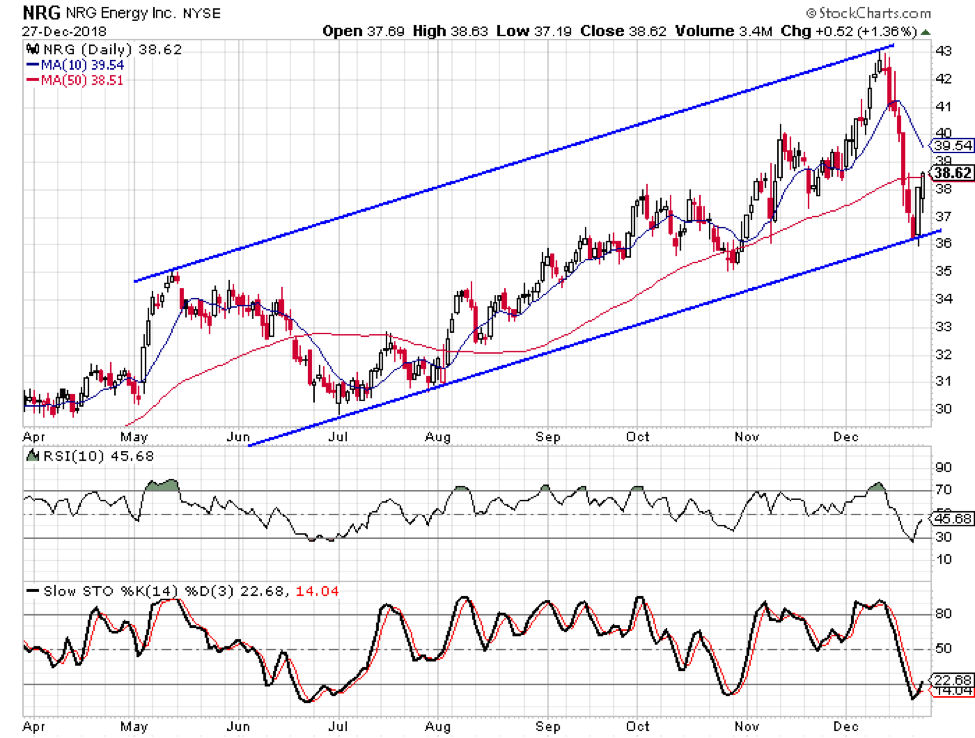