If the stock is going to turn things around and do some catching up, it is going to have to break through its 50-day moving average as well as the $36 level. We see on the daily chart that the $36 area acted as support back in December and then the stock fell below that level in May. The stock danced around it for a few days before dropping solidly below $36. When it attempted to move back up in June, the area acted as a resistance. 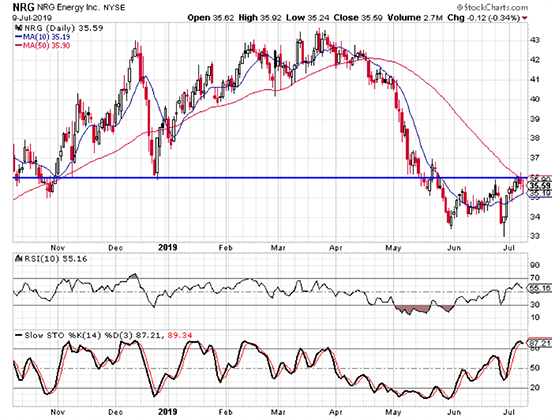 It is also worth noting that the daily stochastic readings are in overbought territory and just made a bearish crossover.

The Tickeron Trend Prediction Engine generated a bearish signal for NRG Energy on July 8. The signal showed a confidence level of 90% and past predictions have been successful 82% of the time. For this signal to be considered successful, the stock will need to drop at least 4% within the next month. 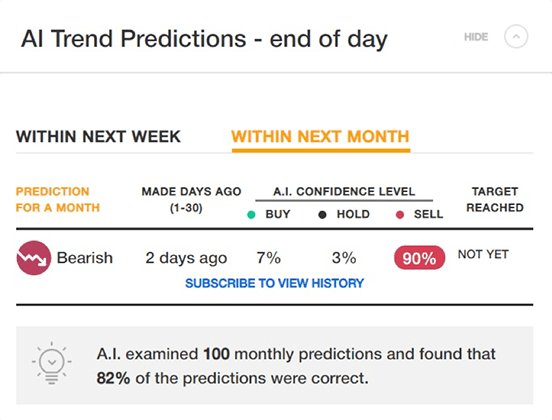 In addition to the technical resistance, the fundamentals for NRG are pretty bad. Earnings fell 62% in the most recent quarter, sales have declined by an average of 10% per year over the last three years, and the company’s ROE and profit margin are below average.