Insider selling and buying is an indicator that probably doesn’t get as much attention as it deserves. It can be a little difficult to keep track of and sometimes the trading is done at specified times due to required holding periods.

One thing is certain though, it can be concerning when you see insider selling at a number of different firms within the same sector. This is exactly what has occurred in the last week with the packaged software industry. Seven different companies from the industry saw significant insider selling over the past week. The dollar amounts of the transactions varied from $1.6 million to as much as $79.7 million. 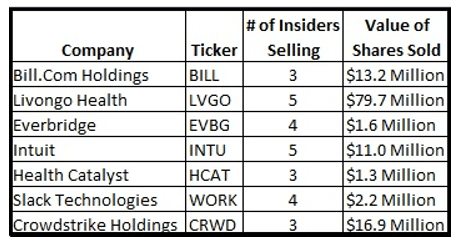 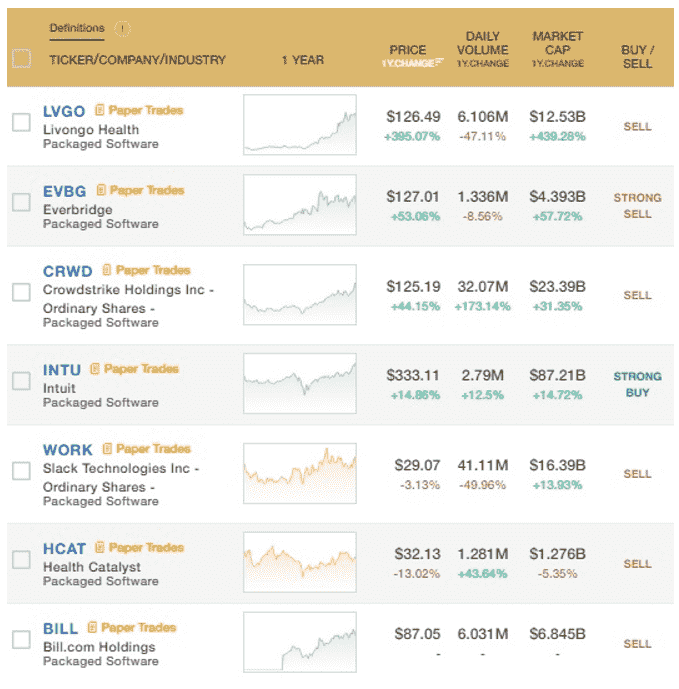 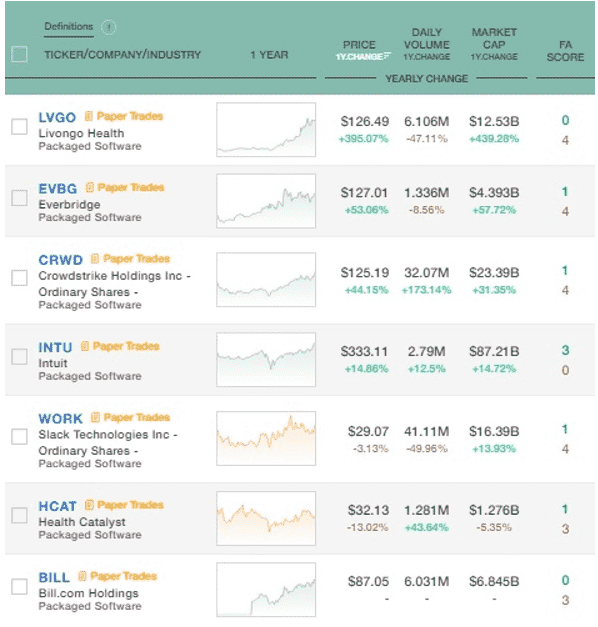 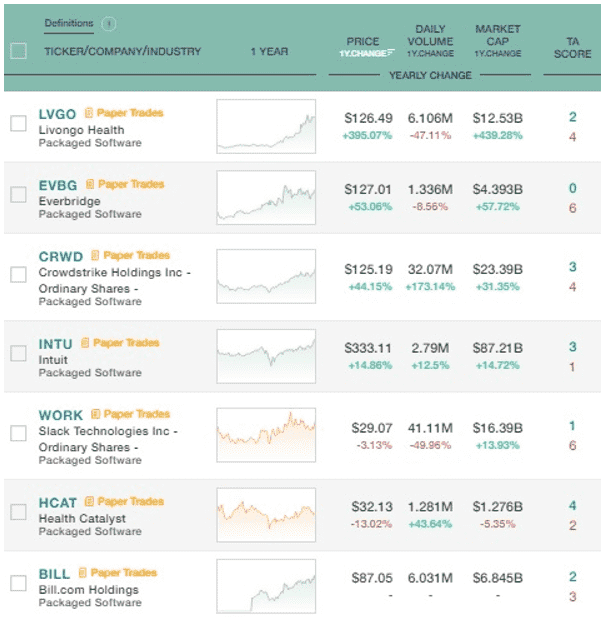 If we look at particular indicators, there are a couple on both the fundamental side and on the technical side that seem to be an issue. On the fundamental side, the Profit Vs. Risk ratings for six of the seven stocks are at 100—the worst possible rating. The only one that scores well? You guessed it, Intuit. The same can be said for the P/E Growth Rating. Six of the seven stocks score a 100 while Intuit has a neutral score.

The technical indicators, as we saw with the overall scores, aren’t as bad as the fundamental indicators. The RSI indicators are concerning with six of the seven stocks generating bearish signals in the last three weeks and five of them coming in the past week. Health Catalyst is the only bullish signal from its RSI and that came eight days ago. The stochastic indicators are somewhat concerning with four bearish signals in the past week and no signals for the other three stocks.

One area that I expected to be an issue was the valuation ratings. From their lows in March, a number of these stocks have seen huge gains, even bigger than some of the other tech stocks. For instance, Livongo Health (LVGO) was up over 500% from March 18 through September 2—before the selling hit the market last week. CrowdStrike (CRWD) and Bill.com Holdings (BILL) both gained around 250% during this same time period. Slack (WORK) gained 86%, Health Catalyst gained 67%, and Intuit gained 58%. Everbridge was the biggest laggard of the bunch during this time period and it still gained 30%.

Since the selling started last Thursday, these stocks have gotten hit pretty hard and the insiders that sold last week are looking pretty good with their timely sales. Again, insider selling isn’t always as simple as the person deciding the price is right and it’s time to sell some of their stake, but when we see widespread selling in an industry, it is usually a pretty bearish sign.