Can Starbucks continue its upward trend?

Starbucks (Nasdaq: SBUX) has been on an incredible run since last June with the stock jumping almost 72% from the low to the high. The stock bottomed at $46.33 last June and rallied to a high of $79.65 recently. Even in the fourth quarter when most stocks lost tremendous ground, Starbucks was actually up.

The stock did pull back a little in December and the low from then combined with the lows from January have created the lower rail of an upwardly sloping trend channel. The upper rail connects the highs from February, April, and May. The pullback over the last few weeks has brought the stock back down to the lower rail and to the 50-day moving average. 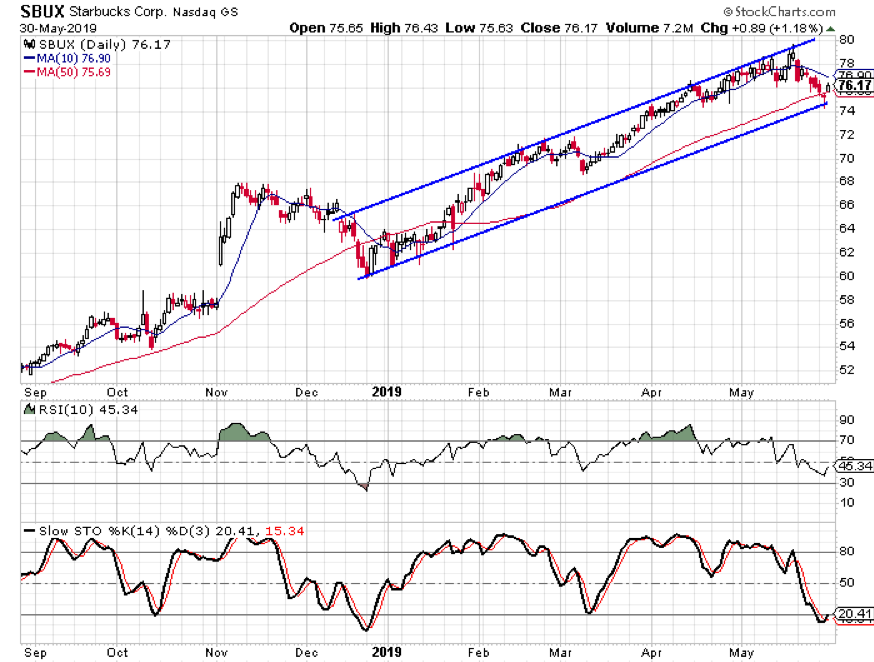 You can also see that the daily stochastic readings just hit oversold territory for the first time since December. The indicators made a bullish crossover on May 30. The last time they did this, the stock rallied from $61 to $71 within two months.

In addition to the possible bullish signs from the chart, the Tickeron AI Trend Prediction Engine just generated a bullish signal for Starbucks on May 29. The signal showed a confidence level of 76% while previous signals on the stock have been successful 74% of the time. The signal calls for a move of at least 4% over the next month. 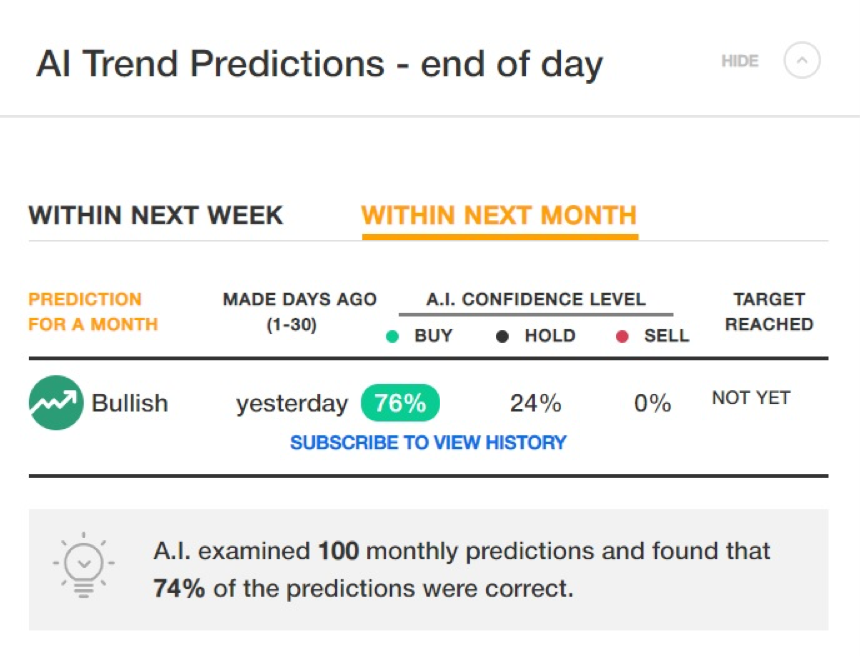