Of all of the patterns, perhaps the easiest one to spot is the head and shoulders pattern.

This is a bearish pattern, but there is also an inverse pattern which is bullish. 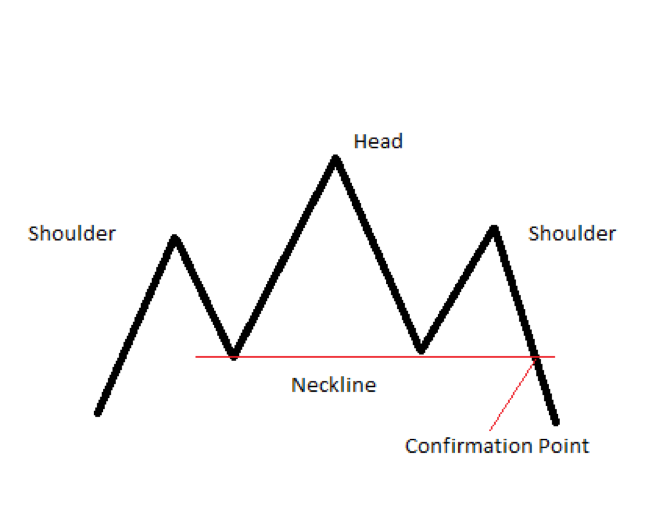 As you can see, it looks like somewhat like the outline of a human from behind. The stock is on the rise and then it cycles lower as investors take some profits. That temporary high forms the left shoulder.

After a brief pullback, investors start buying again and the next upward cycle starts. That brief pullback and the temporary low create the left side of the neck. The next cycle higher moves above the first high and forms the head. Once again investors decide to take some profits off the table and the next downward cycle takes the stock back down to form the right side of the neck.

Investors see the temporary pullback as a buying opportunity and drive the stock higher once again, but the stock doesn’t have enough momentum to get as high as the head. This third high is near the same level as the first high and forms the right shoulder.

The Bullish Head and Shoulders 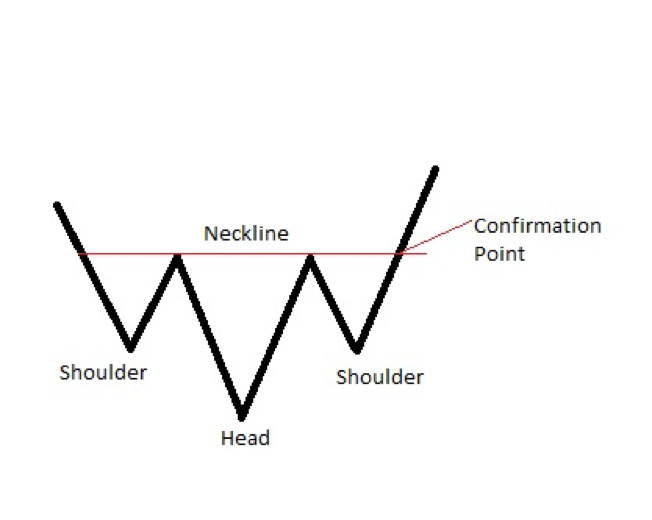 Investors jump in thinking the new low is a buying opportunity but then start taking profits after a decent run up to the neckline. The profit-taking creates the next down leg, but investors start buying on this third down leg before it gets down to the previous low. This forms the right shoulder and starts the next upward move.

With the drawings, the patterns are drawn perfectly symmetrical so they are easier to explain and recognize. However, on real charts the pattern is very rarely symmetrical. Sometimes the neckline will have a little slope to it and one shoulder may be a little lower or higher than the other.

Here is an example of a bullish head and shoulders pattern that was spotted by the Tickeron Pattern Search Engine on Apple. 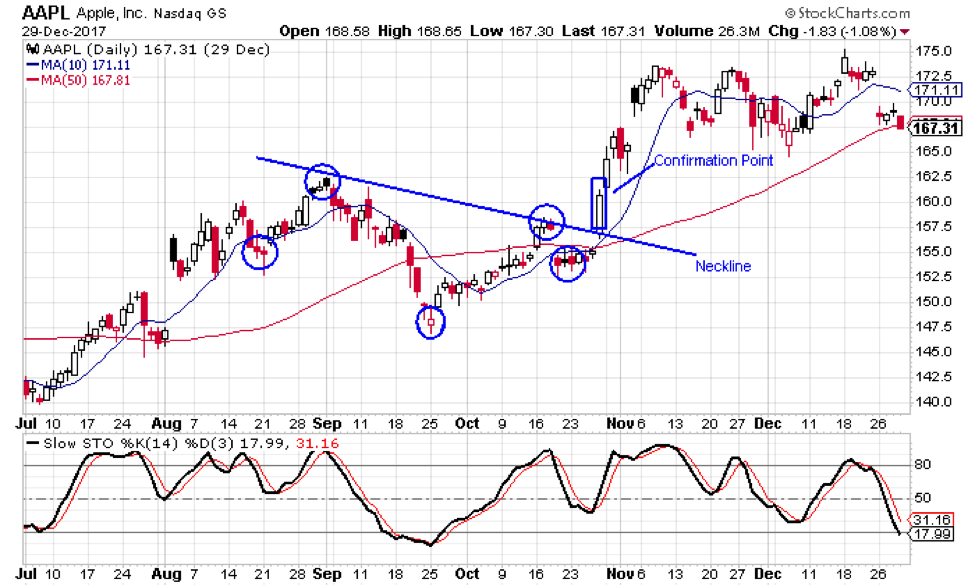 Because the patterns aren’t symmetrical, sometimes they can be difficult to spot. That’s why an artificial intelligence program like Tickeron’s Pattern Search Engine is so valuable. It can find the patterns easier than the human eye and give subscribers more opportunities.

Tickeron’s AI technology has confirmed over 33,000 head and shoulders patterns over the years and the number of successful trades was over 19,000. This is a winning percentage of approximately 58%.

With that success rate and with the average return on successful readings being so much better, investors could have a tremendous advantage. The Tickeron Pattern Search Engine can help investors find trading opportunities with the touch of a button.

To see how Tickeron’s AI can help you find head and shoulders patterns and 36 other patterns, sign up for a 45-day free trial today.