I am a bit unorthodox when it comes to looking at stocks and the moving averages that I use. For instance, many people look at the 200-day moving average, but I have never understood that. Why 200 days? It is a random round number that doesn’t really represent a pertinent time period.

When it comes to weekly charts I like to look at 13-week, 52-week, and 104-week moving averages. These three time periods represent one quarter, one year, and two years. Those time periods seem relevant to me. 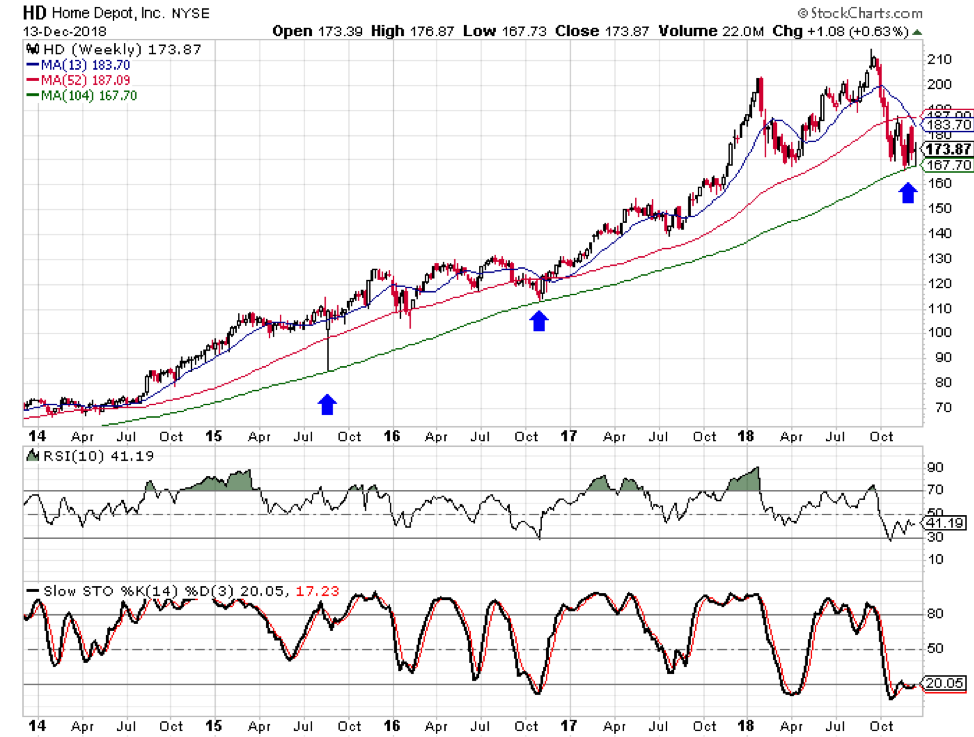 If the stock should drop below the 104-week moving average, it would be a very bad sign for it. There is minor support in the $150 area and the next layer of support after that would be in the $130 range.

Home Depot has great fundamentals with an EPS rating of 94 from Investor’s Business Daily and an A in the SMR rating system. This means the company has seen earnings growth over the last three years that is better than 94% of companies. The SMR rating measures sales growth, profit margin, and return on equity. An A rating is the highest rating a company can get.