Packaged Software Stocks are Among the Highest Rated Stocks

The software industry has performed extremely well over the last couple of years. Many of the stocks are among the highest rated when it comes to strong fundamentals and the price performance reflects that.

Looking through a bunch of weekly charts recently, there were two software companies that really jumped out at me. Intuit (INTU) and Salesforce.com (CRM) both jumped out, but for different reasons. Intuit was overbought and has pulled back a little over the last few weeks after it hit the upper rail of a trend channel. The pullback has been just enough to move the stock out of overbought territory based on the weekly stochastic indicators and the 10-week RSI. 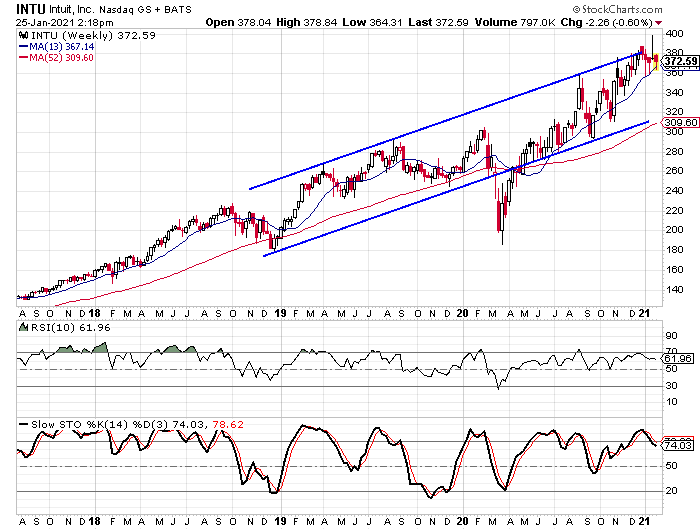 The chart for Salesforce got my attention for the opposite reason. The stock peaked in August and has been falling since then. The weekly stochastic indicators recently reached oversold territory for the first time in a number of years. I also couldn’t help but notice that the indicators have just made a bullish crossover. 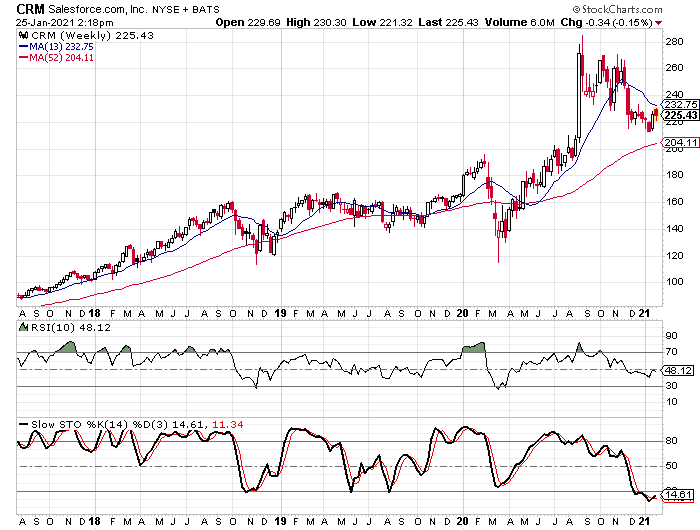 Here is the complete comparison between Salesforce and Intuit from Tickeron.