Second Round of Software Earnings Reports Set for Next Week

The most actively traded software ETF is the iShares North American Tech-Software ETF (NYSE: IGV). The fund trades just over a million shares per day and has total assets of approximately $5 billion. The fund has seen a tremendous run up since the March low, rallying over 70%. 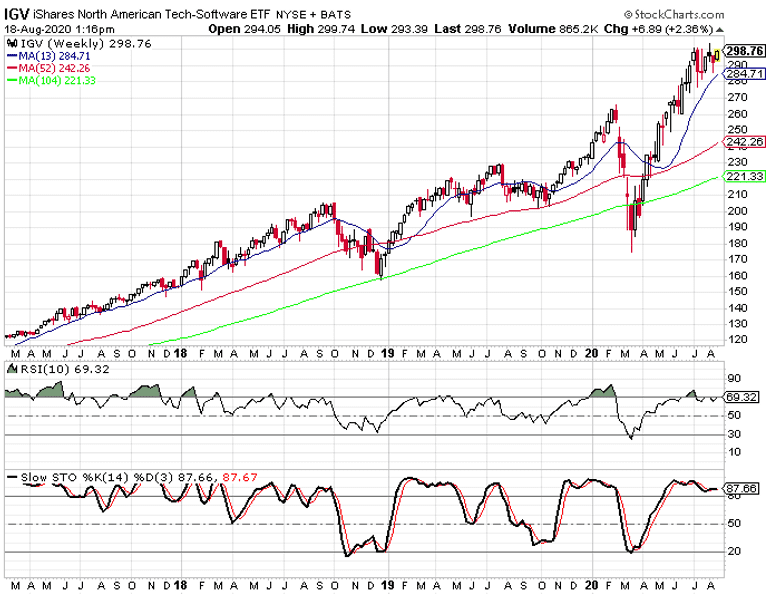 The rally has stalled a little in recent weeks with the IGV trading between $280 and $300 for most of the last seven weeks, going back to the beginning of July. The range-bound trading could come to a halt next week as there are nine different software companies set to report earnings results. Five of the companies set to report are among the top 10 holdings in the IGV.

Looking at the Tickeron scorecard we see that the overall group ranking is a “strong buy”. There are five “strong buy” ratings and four “buy” ratings. 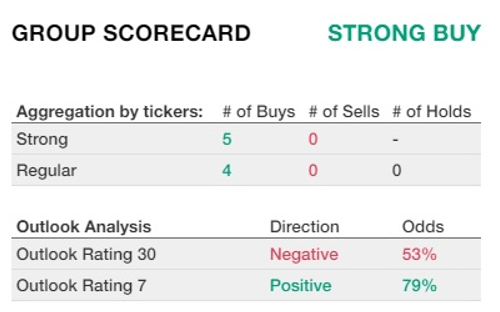 The table below shows the nine stocks with the current consensus EPS estimate, where the estimate was three months ago, and what the company reported for EPS in the same time period last year. I also included the scorecard ratings for each individual company.

Granted these companies offer different kinds of software products. Some are application software firms and others are infrastructure oriented. Some investors might even argue that Veeva Systems (VEEV) is healthcare company more so than a software company.

Regardless of their classifications, we see that almost all of the companies are expected to see earnings improve compared to last year. Splunk (SPLK) and VMware (VMW) are the exceptions in this case. Intuit (INTU), Workday (WDAY), and Autodesk (ADSK) are expected to see the greatest increases. 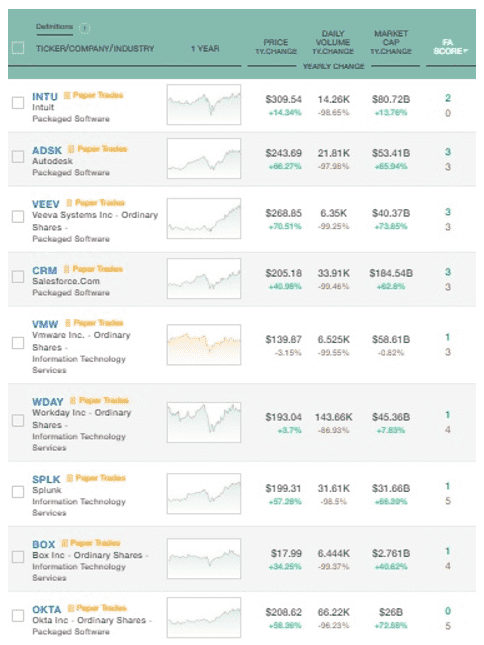 The technical analysis is much better for the group as a whole. Autodesk gets five positive signals and zero negative signals. Salesforce.com gets three bullish signals and only one bearish signal. 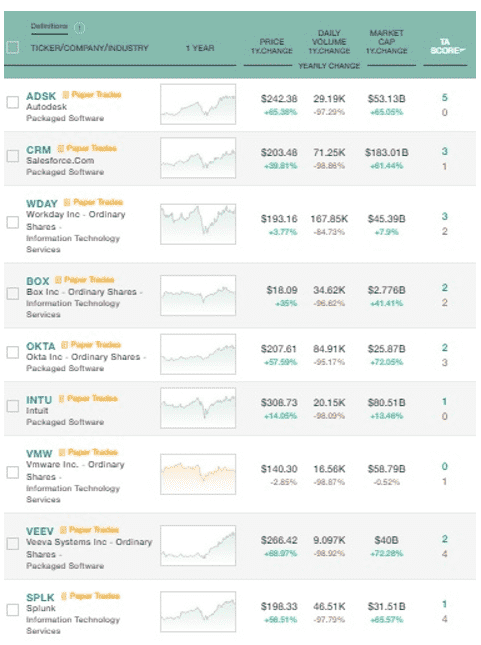 The overall scorecard grades are good with five strong buy ratings and four buy ratings. Individual indicator scores are far more mixed as the companies head in to earnings reports.

The individual moves that occur after the earnings reports will likely be a mixture of gains and losses, but one thing is for certain—the volatility within the software industry is likely to increase dramatically next week.