Chinese tutoring company TAL Education Group (NYSE: TAL) has been trending higher since last October and a trend channel has formed that defines the various cycles within the overall trend. The stock recently hit the lower rail of the channel and looks like it is ready to bounce once again. 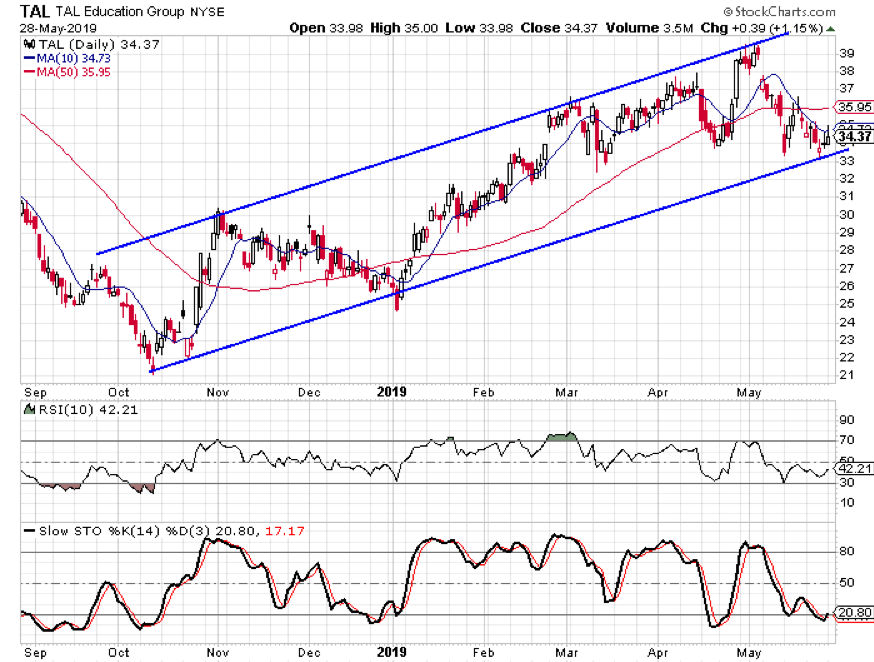 The stock was in overbought territory based on the daily stochastic readings. With the turn higher in the last few days, the indicators made a bullish crossover on May 28.

The Tickeron AI Trend Prediction Engine generated a bullish signal for TAL on May 24 and the signal calls for a gain of at least 4% over the next month. The signal showed a 75% confidence level. Past predictions on TAL have been successful 90% of the time. 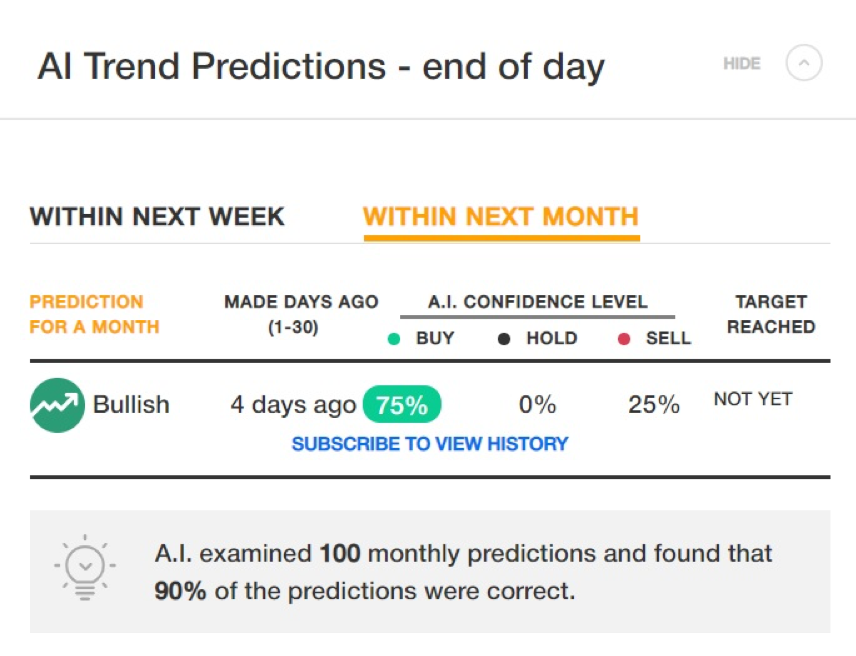 TAL has been able to grow its earnings at a rate of 49% per year over the last three years while sales have grown at a rate of 63%. The company shows a return on equity of 21.7% and a profit margin of 17.2%.