Internet retailer Wayfair (NYSE: W) has seen its stock trend lower since the beginning of October. The shares fell from the $150 area to a low of $76.60 in November. The stock bounced back from that low and moved back above the $100 level before falling again in December. 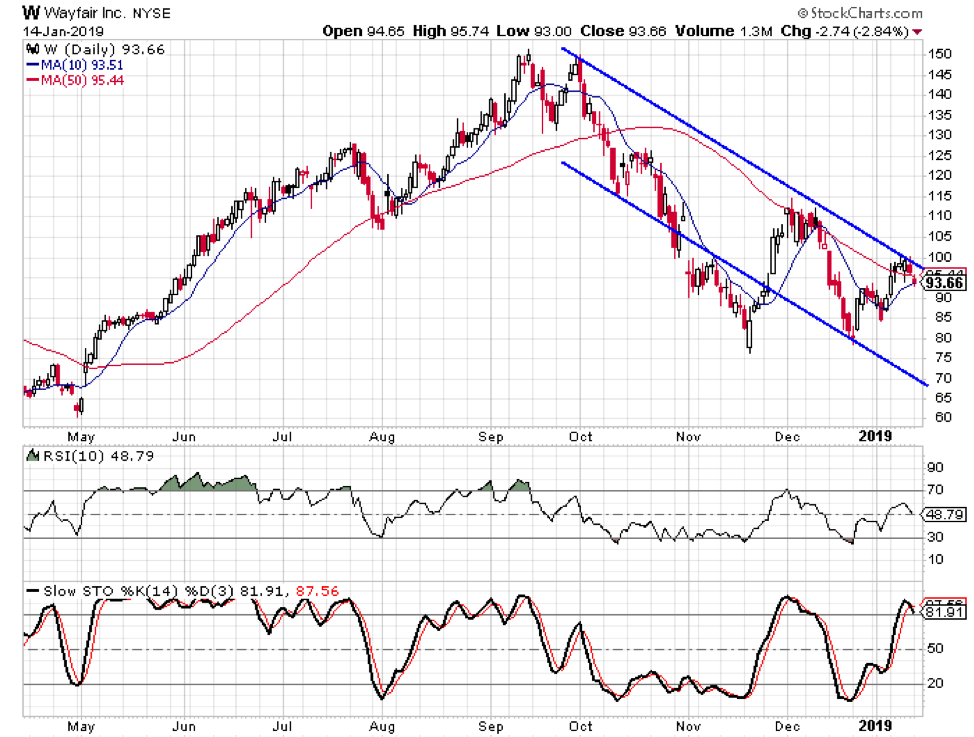 You can also see on the chart that the stock struggled to move much beyond the 50-day moving average in early December and now the upper rail is just above the moving average.

The daily stochastic readings are in overbought territory, but they just made a bearish crossover and that was the scenario back in early December as well.

I chose to use the higher of the two upper rails on the chart above because that would be my minimum target on a bearish trade. If it goes lower, that’s fine too.

Looking at Wayfair’s fundamentals, the company scores the lowest possible rating in Investor’s Business Daily’s EPS rating system with a 1. That means that 99% of all companies in IBD’s database have had better earnings growth in the last three years with a greater emphasis on recent quarters.