Rick Pendergraft
published in Blogs
Dollar General vs. Dollar Tree: Which One Looks Better Ahead of Earnings?

Dollar General vs. Dollar Tree: Which One Looks Better Ahead of Earnings?

Deep discount retail chains Dollar General (NYSE: DG) and Dollar Tree (Nasdaq: DLTR) are both set to release fiscal first quarter earnings results before the market opens on Thursday, May 28. Let's break down the two companies with how the fundamental and technical indicators look ahead of those earnings reports.

Looking at the fundamental ratings from Tickeron, we see that the companies have similar ratings in three categories, but Dollar General scores much better when it comes to the Profit vs. Risk Rating and it also scores better in the P/E Growth Rating category. 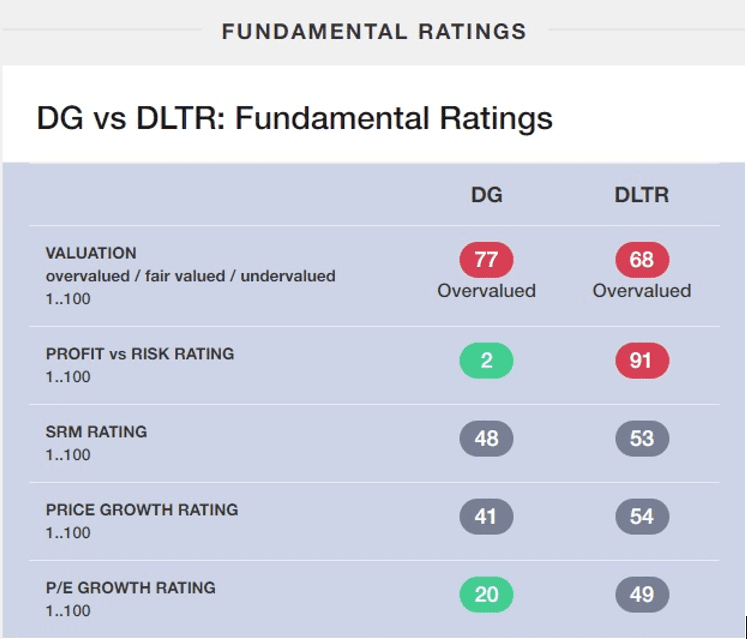 Dollar Tree's Valuation (68) in the Discount Stores industry is in the same range as Dollar General (77). This means that the two stocks are priced similarly in terms of the valuation based on price-t0-earnings, price to book, price to sales, and projected growth (PEG ratio).

Dollar General's SMR Rating (48) is in the same range as Dollar Tree's (53). This means the companies have seen similar sales growth, similar return on equity readings and profit margins.

Dollar General's Price Growth Rating (41) in the Discount Stores industry is in the same range as Dollar Tree (54). This means that stock grew similarly at similar rates over the last 12 months.

Dollar General's Profit vs Risk Rating (2) is significantly better than the same rating for Dollar Tree (91). This is a very wide discrepancy and suggests that Dollar General is a better investment right now. 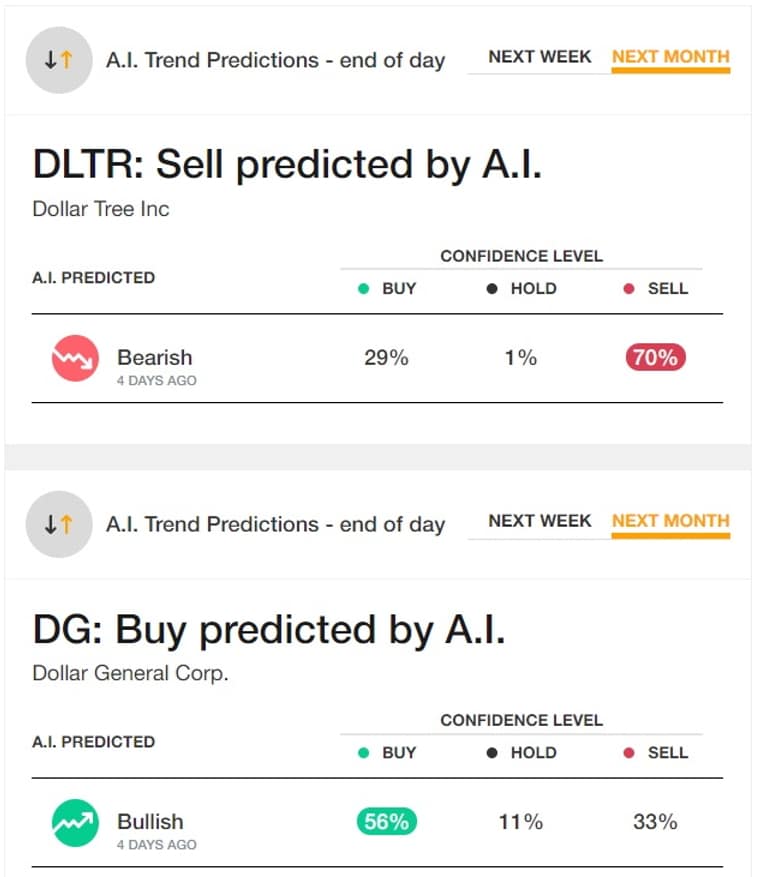 The predictions go along with what the stocks have done over the past year. From May 2, 2019 through May 22, 2020, Dollar General is up 47.91% while Dollar Tree is down 17.95%. If we look at the weekly charts for the two stocks we see that Dollar General has doubled in price over the last two years, but the stock is also overbought based on its weekly stochastic indicators. 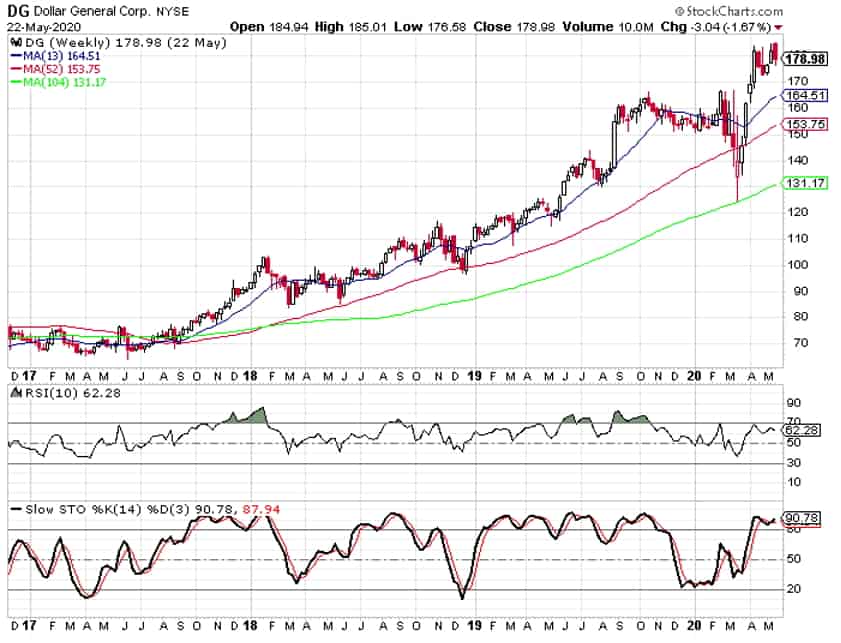 Dollar Tree is actually lower than where it was two years ago, but it was higher in the middle. The stock traded between $80 and $90 for most of Q4 2018 and then rose to almost $120 in October 2019 before falling for the last eight months. 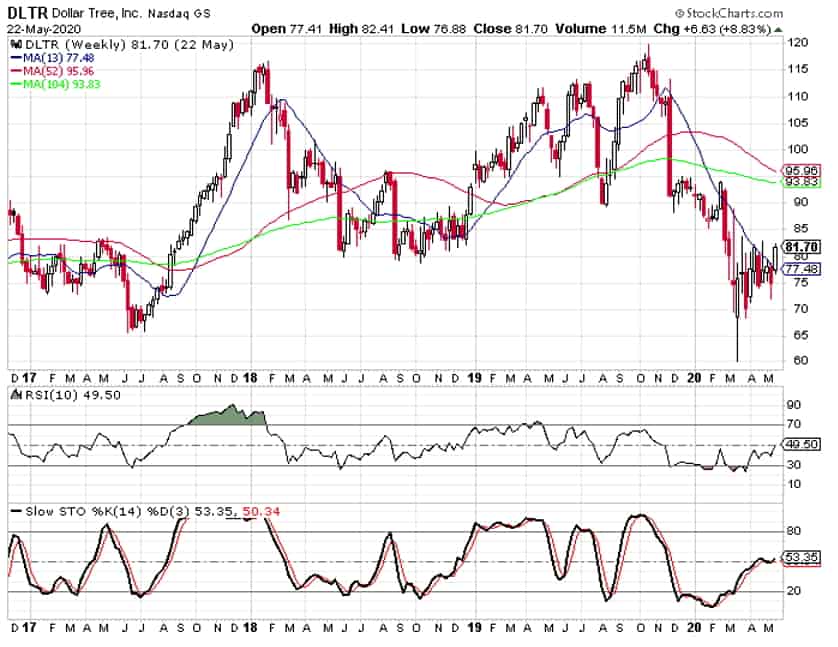 What's really concerning about Dollar Tree's chart are the big drawdowns in May '18, August '18, and November '19 were all the result of earnings announcements. This signifies that the stock has a propensity for gapping lower after earnings reports.

Dollar Tree did just move back above its 13-week moving average and that could be a good sign for the stock. If we look at where the technical analysis indicators are for both stocks, we see that there are more positive results for Dollar Tree than Dollar General.

Taking all of this in to account, a slight

Based on the AI signals and the fundamental indicators, I would have to give the edge to Dollar General. There is also the matter of Dollar Tree falling sharply after three different earnings reports over the last few years.