Semiconductor manufacturer ON Semiconductor (Nasdaq: ON) fell during the month of May but seems to have reversed its trend in the last month and a half. The stock moved above its 50-day moving average on July 12 and based on previous moves of this type, the stock has moved higher 38 of 42 times. 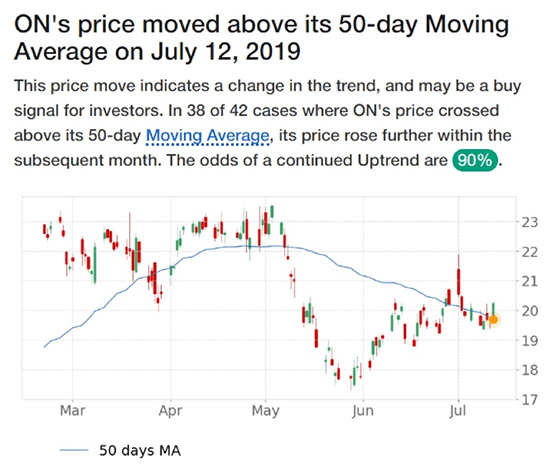 In addition to the move above the 50-day, ON has been trending higher since late May and a trend channel has formed as a result. The stock just hit the lower rail of the channel in the past week. The bounce off of the lower rail took place just as the stochastic readings hit oversold territory and reversed with a bullish crossover on July 12. 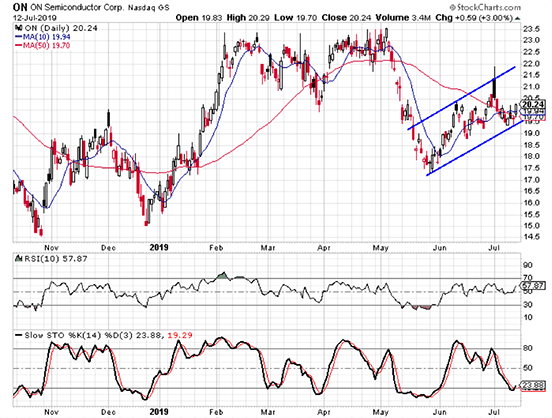 The company has pretty solid management efficiency measurements with a return on equity of 28.1% and a profit margin of 15.2%.