Discount retailer Dollar General (NYSE: DG) has held up better than most stocks in recent weeks, which is supported by a relative strength rating of 92 from Investor’s Business Daily. The relative strength rating measures a stock’s price performance against all other stocks in the database over the past year and assigns a score of 1 through 99. A score of 92 means the stock has performed better than 92% of stocks. 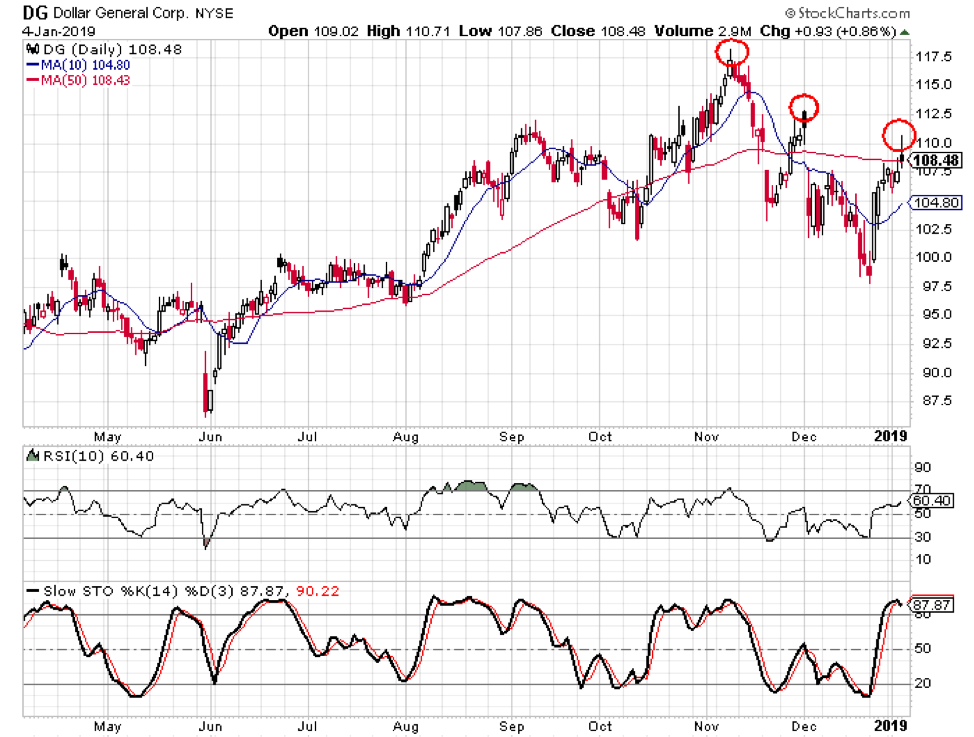 Dollar General’s fundamentals are somewhat mixed. The earnings growth for the company has been good with an average annual growth rate of 11% over the last three years. The company saw earnings grow by 34% in the most recent quarterly report and analysts expect the company to grow earnings by 31% for the year as a whole.

Unfortunatel,y the earnings growth figures are much stronger than the sales growth and the profitability measures. Sales have grown at a pace of 8% per year over the last three years. The profit margin is only 7.24% and the operating margin is only 8.36%. This presents a bit of a conundrum for investors.