Western Digital is Down Over 55% in the Last 8 Months

Hard drive manufacturer Western Digital (Nasdaq: WDC) has been trending lower for over eight months now and the stock has formed a trend channel around the cycles. The upper rail of the channel is in close proximity to the stock’s 50-day moving average and that could make it even more difficult for the stock to break out of the down trend. 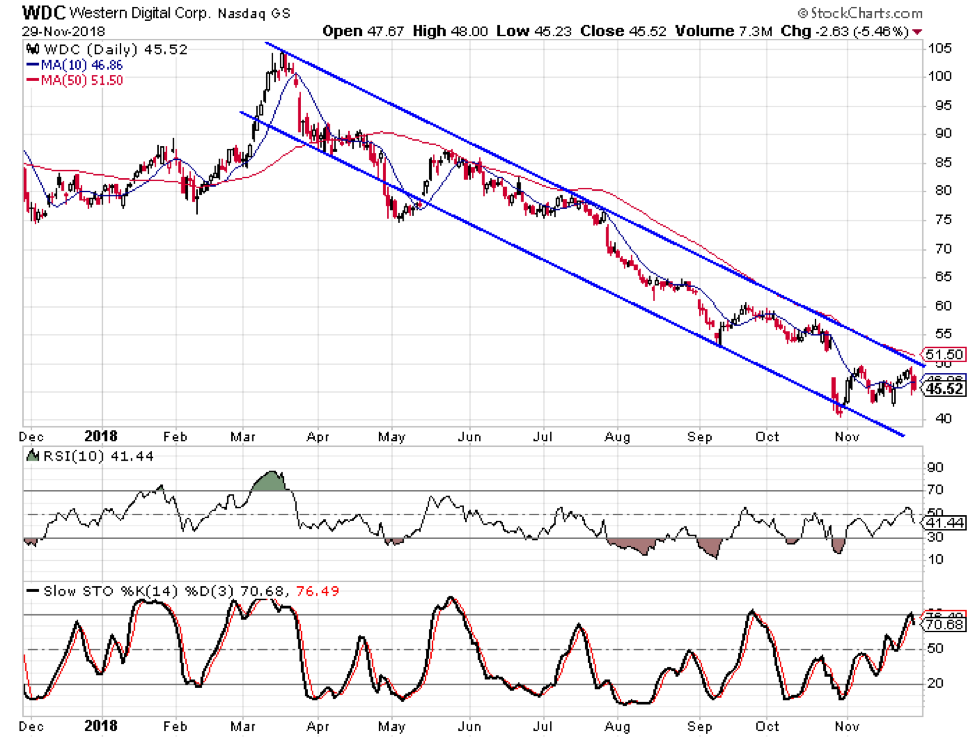 The fundamentals are a bit of a mixed picture for Western Digital. Earnings have been declining recently with the most recent quarter showing a drop of 15%. Analysts expect the earnings to decline by 51% for the year as a whole.

On the other hand, the profitability measurements are really good. The return on equity is currently at 39.4% and the profit margin is at 23.2%.

It’s hard to tell how much further the stock could fall. The low from 2016 could come in as support, but that is another 28.4% drop from where the stock closed on Thursday.