The dramatic fall in oil prices over the last few weeks has garnered a lot of attention from the financial media. Oil prices dropped for 12 straight days which marked a record losing streak.

There were numerous factors behind the decline—supply and demand imbalances, political pressure, and production level disagreements are just a few.

Regardless of how things play out in the long run, there is a short-term pattern on the chart of the Direxion Daily Energy Bull 3X Shares (NYSE: ERX) that suggests a bounce may be in the works.

The fund dipped down to the $22 level on Thursday and then moved higher later that day and on Friday as well. The $22 area served as a low on October 29 and seeing these two low points in close proximity indicates a possible double-bottom pattern. 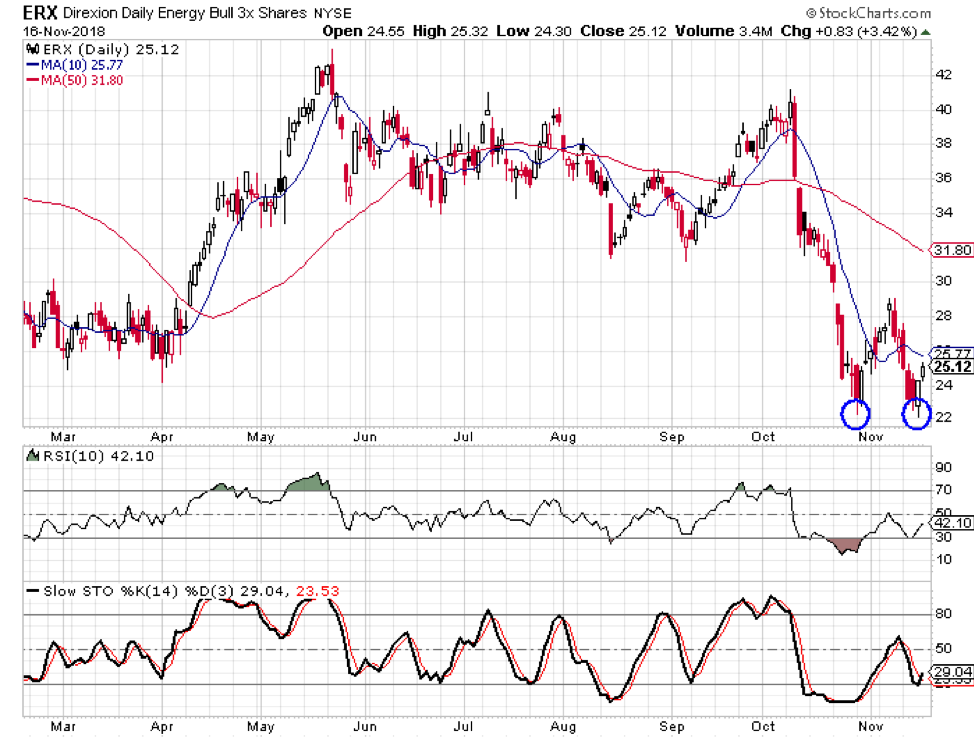 For the pattern to be confirmed, the fund would need to move above the high in between the two lows. In this case the high came at $29.05 on November 8. If the ERX does bounce back above the previous high, it would mean a 15.6% gain from the close on Friday.

Something I have noticed about the ERX is that the 3-to-1 leverage doesn’t hold up as well over the long run as it does on a day to day basis. The 3-to-1 relationship holds up much better over the short term. If you are going to invest in the ERX, you should be aware of this relationship.