Oil prices have been climbing over the last few weeks as tensions between the United States and Iran have created concerns about possible disruptions in the market. Since hitting a low of $50.72 a barrel on June 12, West Texas Crude jumped to a high of $58.22 on June 24. The rally in oil prices has caused a number of energy related ETFs to jump as well.

The Direxion Daily Energy Bull 3X Shares (NYSE: ERX) has rallied from the $15.50 level to a high of $20.11 on June 21. The rally has brought the ERX up to possible resistance at its 50-day moving average. As you can see on the daily chart below, the trend line acted as support on pullbacks in February and March and it could now act as resistance. 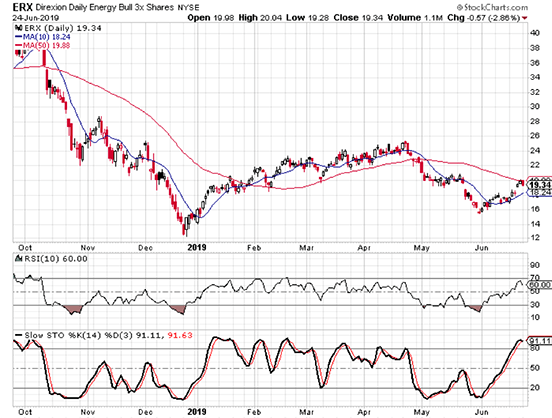 In addition to the possible resistance, the daily stochastic readings are extremely overbought and they made a bearish crossover on June 24. The indicators reached their highest level since February.

The Tickeron Trend Prediction Engine generated a bearish signal on the ERX on June 20 and that signal had one of the highest confidence readings I have seen at 90%. The signal calls for a drop of at least 4% over the next month. In addition to the extremely high confidence level, 100% of past predictions on the ERX have been successful. 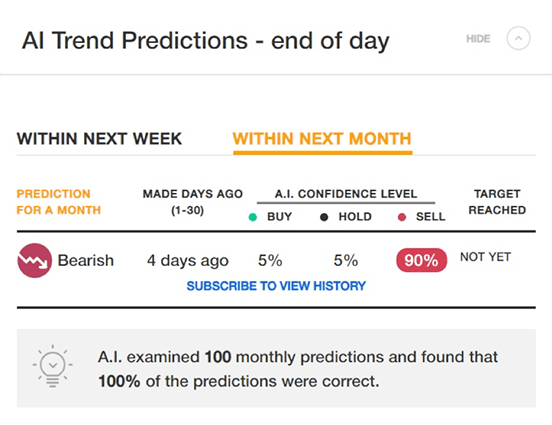