How to Trade Moving Averages: The Death Cross

The Death Cross is the inverse of a Golden Cross: a chart pattern occurring when a security’s short-term moving average crosses underneath its long-term counterpart, typically followed by an increase in trading volume. A death cross, which like a golden cross most commonly uses long-term 50-day and 200-day moving averages to detect the pattern, usually signifies an incoming bear market to traders. 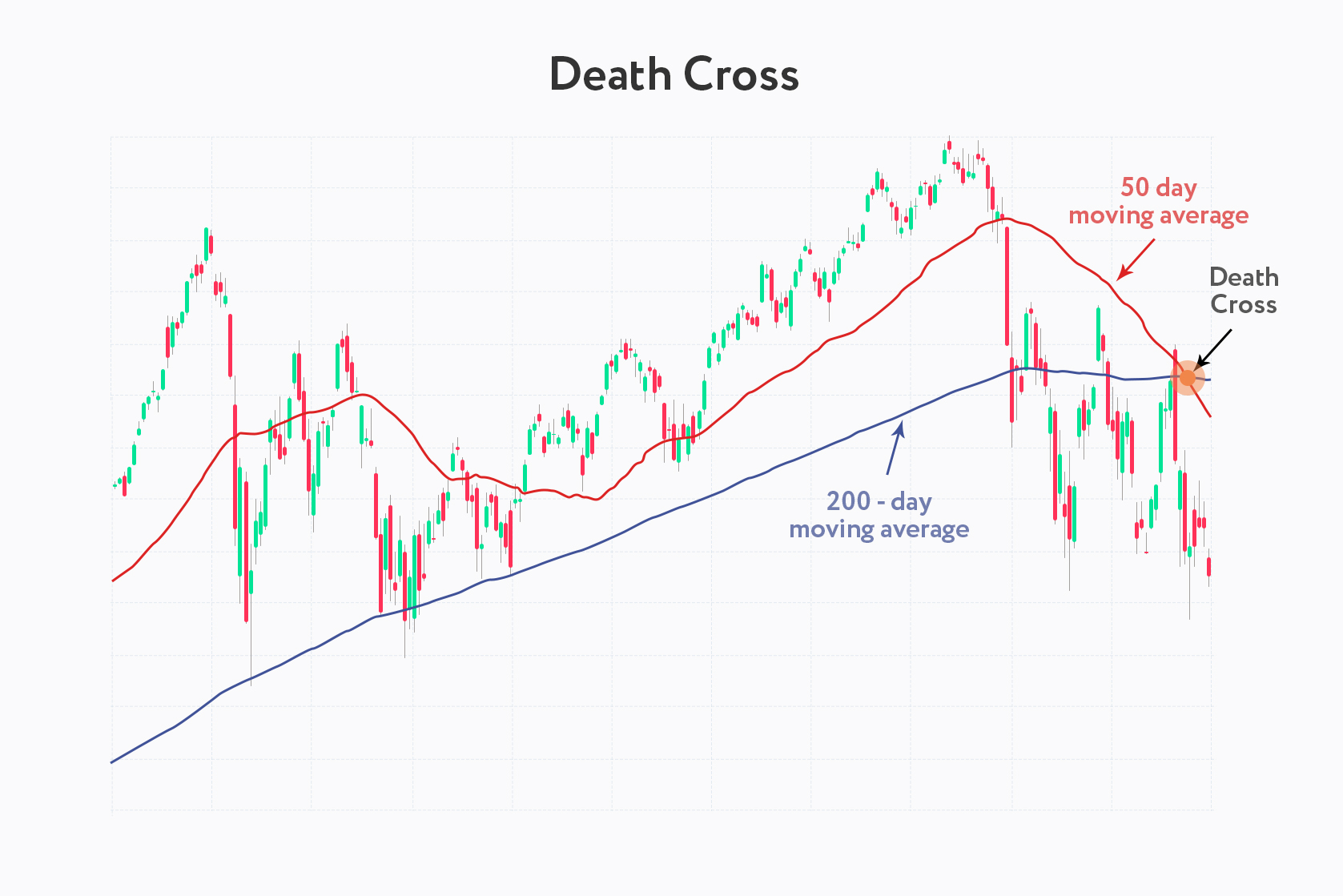 The Variability of Death Crosses

The death cross accurately predicted 1929 and 2008’s devastating bear markets, and savvy investors will use them as a sign to lock in long-term gains in advance of a downturn. But death crosses do not always signal impending doom – 2018 alone saw stocks, indexes and assets like Facebook, gold, Alphabet, Netflix, crude oil, the S&P 500, and more form the pattern, with variable results. Facebook, for example, recovered from April’s death cross without issue (though it eventually experienced an extended bear market after a second death cross in September).

When are Death Crosses Most Accurate?

Death crosses are most accurate when short- and long-term moving averages are trending downwards – there is less cause for concern if one line is falling while the other is rising. Research indicates that death crosses signal lasting declines once a market has lost 20 percent of its value.

Like most investment tools, there is no hard and fast rule that a death cross guarantees long-term demise for equities. In fact, George Pearkes of Bespoke Investment Group told Barron’s that the S&P 500’s 12 death crosses since 1928 exhibiting downwards short- and long-term moving averages have resulted in a 3.1 percent median decline the month after the cross before rebounding with a 9.8 percent median gain over the next six months. Death crosses can even present opportunities to buy on the dip (or purchase a stock after a price decline). A death cross best serves as an alarm of a slowdown, not a death knell, for a bull market.

Traders use technical indicators like Moving Averages to make predictions about future prices, to verify how well a specific indicator works for a particular security and to calculate the odds of success under similar market conditions. While no single indicator works well for all securities, Tickeron’s A.I.dvisor can provide trade ideas to traders, help analyze signals to execute advantageous trades, and assist investors with making rational, emotionless, and effective trading decisions.

How to Trade Moving Averages: The Golden Cross